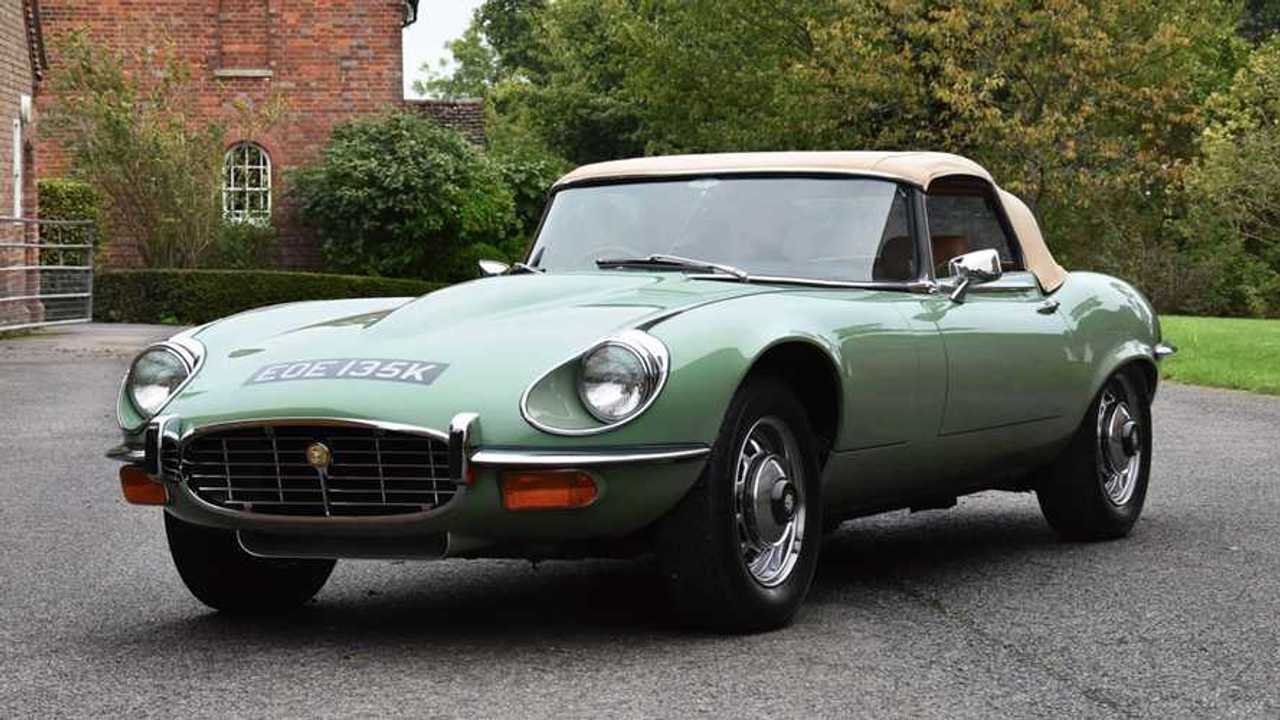 Complete with period paint and trim.

Finished in period-correct Willow Green paint and a matching biscuit leather interior and hood, the car looks exactly as it did when it rolled out of the factory 1972.

Jaguar will sell you an original E-Type toolkit
⠀

The restoration occurred after the car was sadly involved in an accident, which led to it needing a bodywork crash repair and a full respray in its original colour.

Thankfully, upon inspection, it was determined that the bodywork damage was only superficial and the chassis itself was unharmed. From there, the body was entirely stripped down, other previous repairs rectified including a poorly repaired offside sill and top scuttle and fitting new ones, and reshaping the vehicle’s bonnet back to its original shape.

Once the bodywork was brought back up to standard, the car was then filled and primed, with all of the panels cleaned, hardened, and block-sanded ready for its respray. The exterior chrome work was also refinished, per the owners wishes.

With the exterior work done, the interior was re-trimmed in Biscuit with a matching mohair hood.

A few minor tweaks were also made to the car, like a period-style number plate, side mirrors, and factory standard steel wheels. Stainless-steel sports exhausts and a 14-inch Motor-Lita steering wheel was also fitted.

"We are particularly proud of this restoration and delighted with the way that it looks after spending time in our workshop," said E-Type UK founder Marcus Holland. "The owner was particularly upset after the car was involved in an accident and wanted us to restore it to its former glory.

"With its celebrity past due to Kevin Keegan’s former ownership, we worked hard to bring it back to factory standard, with a glorious Willow Green finish. Not only are we delighted to have delivered our client with his car back in perfect condition but we are honored to have played a part in the ongoing story of this iconic British sportscar."