My job in F1: The team manager 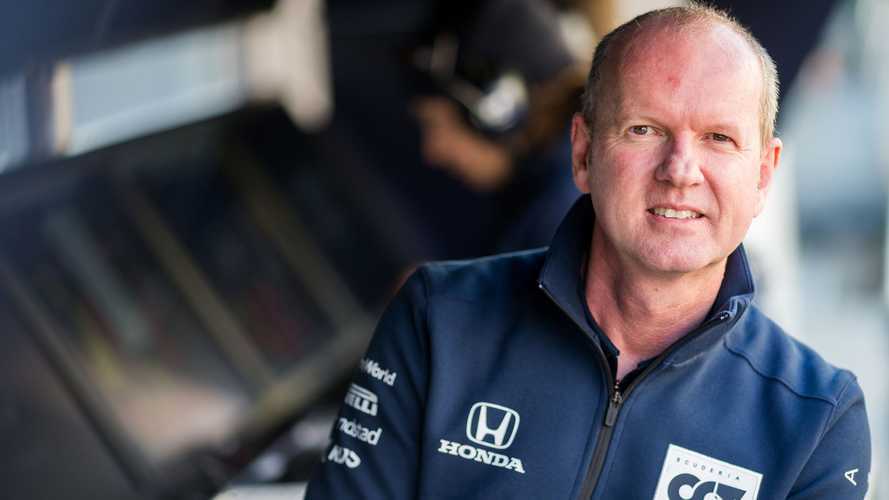 There are people you don't see on TV, but who help the F1 circus to perform the show. In our series, Motorsport.com brings you their stories. This week we talk to Graham Watson, the team manager of Scuderia AlphaTauri.

The technical side of the rules are dealt with by the technical director. They are my three primary roles. All are very different but equally important.

How busy it is with these three roles? It varies really. When the sporting regulations are stable and there is nothing really going on - and you can only read the rulebook so many times a week and you get to know it by heart - then that side of it is relatively straightforward.

But then we’ll have things like the introduction of a young driver. In these cases I will prepare the paperwork for the superlicence application and the submission to the Contract Recognition Board in Geneva. So there is all that to organise, obviously supported by other people as well. It’s down to me to make sure it’s all happening and to request the support of others where required.

And then on the team management side, if the team is functioning and the operational staff is stable and the morale is high, then it’s all good. But when there are problems in the garage or when people have personal issues they need to go and deal with, that creates a bit more work. So it’s very up and down.

Logistics is a very important part of the role with the focus on getting ahead of the game. It’s planning for all parts of logistics. Air freight, sea freight, personnel flights, hotels and road transportation are started with the release of the official calendar for the following year.

Nothing is left to chance or last minute. However, even the best laid plans can need adjusting and this can be required over the course of a GP weekend.

I also join the drivers when they are summoned by the stewards. Hopefully you don’t have to go too often in the season. To be honest working with Dany and Pierre, it's not as common as it used to be, working with the real young guys.

I think Max and Carlos in year one, in 2015, they got pulled quite frequently for some indiscretion or other. And to be honest a lot of them were quite minor.

But I think when you’re new to the sport, the stewards and the race director want to make sure they all understand what the situation is. F1 is not a small sport, it’s a big boys’ sport, it’s all on TV.

So they want to make a bit of a point, I suppose. I’m there to listen and help defend if there’s a genuine cause for believing that you aren’t in the wrong. If you are in the wrong, then you fight for the softest penalty possible.

It’s generally a five day weekend. At the European races, we arrive at the track on Wednesday morning for the first time, because the factory is relatively close to all the European circuits. So we arrive on Wednesday to allow the mechanics to fit the power units.

Then on the Thursday we go through our normal routine with scrutineering, meetings and pre-briefings. And I do the team managers’ meeting with the FIA and the other team managers to discuss the previous event and anything that has to do with the event you are about to do. And then that rolls into Thursday evening. As a team manager I also make sure we don’t break curfew.

On Friday, we get up relatively early. We come in and I make sure again the team doesn’t break curfew, which is the first priority. We do pit stop practice on a Friday morning and then we have two practice sessions. Then you hope that you’re not called to the stewards.

That evening I sit in the engineering meetings and bring any operational issues to the fore if there’s anything to be discussed. Friday night: don’t break curfew again. Saturday: again coming in early in the morning, some briefings, two sessions, hopefully qualify on pole and not get called to the stewards again.

Again, we’ve got a curfew on Saturday night so we need to make sure the car is sealed and tied up and under cover by a prescribed time, which is 3.5 hours after qualifying. So I make sure we don’t break that rule.

Then Sunday: we come back in, car covers off, any last minute detail, another pit stop practice and then keep the team on the right side of the sporting regulations through the race. And, at the end of the race, hope that you don’t get called to stewards. That pretty much sums it up.

On top of that there’s all the other things going on. People are always going to have lives. There are always issues in lives. We had a guy in Singapore who had to go home out of the blue so it’s organising a flight for him and getting someone else to replace him. That’s always going on. It’s just trying to keep everything on an even keel.

The most important thing in my job…

I have many things that are important to me. One of those things is being consistent. I suppose that’s my biggest personal goal, which is to make sure everybody knows who I am and knows where the boundaries are, so the team knows where the line in the sand is.

When it comes down to actually physically what is the most important thing to do, it’s probably keeping the team within the sporting regulations because that is going to have the biggest impact on us as a team.

Three tools I can’t do without…

Mobile phone, laptop and my sporting regulation book, a printed book that I use for reference. I always have this book with me. On the plane, in my hotel room. I’ve got two printed copies. One sits on my desk and one sits in my wheelie bag and I reference it on everything.

The chief race-engineer, the chief mechanic, logistics manager, and the team principal. That’s probably it, really. They are my key people. I have a little bit to do with the drivers, but not too much.

When not at the track…

Before we come to a race, a huge amount of work takes place as well with the logistics department. There’s 70-80 people to fly around the world and then there’s air freight and there’s sea freight. That all falls under my remit as well. A lot of people think we go home and have a holiday. Take Singapore last year for example.

I landed on Monday back in Bologna at nine o’clock at night. After clearing customs I got back to the factory at 11 pm. Franz asked me to come in on Tuesday morning for a meeting, so I got straight into a meeting him with him and then the logistics department, which has got three people in it. They obviously had a thousand questions because I’ve been away for a couple of weeks.

So we talked about flights, hotels and budgets for the rest of the season and the beginning of next season, which is an ongoing machine. And then there were some more meetings outside of that; debriefs, pre-briefings for the next race and meetings with the chief mechanic. When the guys are in the factory there are generally two or three pit stop practice sessions as well. So it’s pretty full on. The weeks aren’t quiet.

Honestly, we’ve got quite a strong structure now. I’ve been working here since 2014 and when I joined back in Austin that year there were a lot of deficiencies, I would say, operationally. And I was trying to get people to believe that we can be as good as the rest. I think there was a bit of a lack of belief - and there is still a lack of belief in some areas, but we work on it all the time.

I suppose it’s putting structure and belief in place. So if I’m not here, I think now with our race team coordinator and our logistics manager back at the factory and our chief mechanic, I think the team would just function as the processes are in place.

But when it’s for a longer period of time - I wouldn’t say I’m a key piece, but if a key piece of the puzzle steps out - there will be an adjustment period and for sure some of the things we’ve put in place will maybe slip or go by the by because someone might think it’s not required. You have to have a leader I suppose, at the end of the day, someone who just keeps pulling it back to where we want things to be.

The way I look at my Formula 1 life is that I used to be a son of a farmer based in New Zealand living on a gravel road - 40 km of gravel road before you even saw tarmac. To get to school I had to go on two different school buses, because the road that we lived on was so small that the big bus couldn’t get to us.

And I think now, to be the son of a farmer living on this farm in the middle of nowhere on the back roads of New Zealand, to being a team manager in Formula 1... that’s what it means for me. It means everything, because I’ve put everything on the line to achieve it.

And I think I proved to everybody that it doesn’t matter what education you have or where you come from or what your nationality is. If you work hard and you stick with your guns and push hard, you can achieve everything.

And that’s what Formula 1 means to me. People say: ‘Oh wow, I wish I could do that.’ You can do it. You can do anything. You literally have to be prepared to sacrifice and work hard.

My job in F1: The TV cameraman

My job in F1: The Safety Car driver

My job in F1: The head of communications
Source: Motorsport.com
++