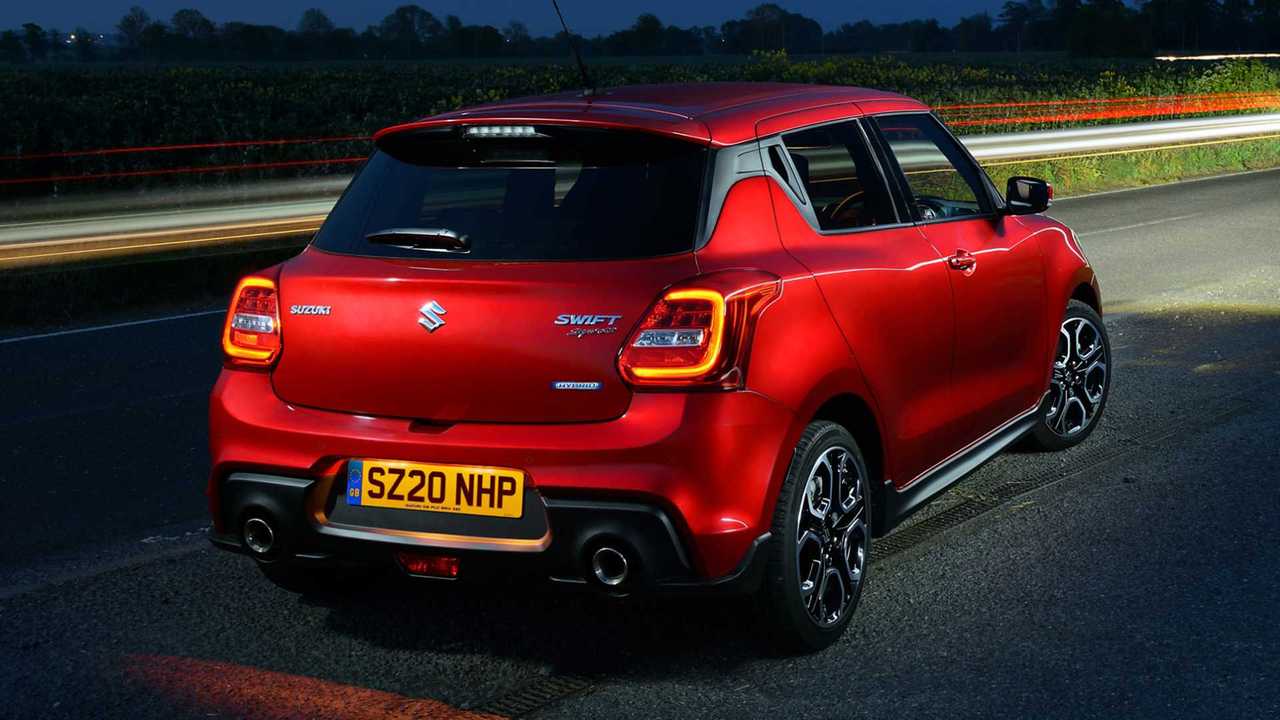 The Swift Sport, Vitara and S-Cross models are all getting 48-volt mild-hybrid power.

Japanese car maker Suzuki has priced up three new mild-hybrid models as dealerships reopen for business in the UK. The 1.4-litre versions of the Vitara and S-Cross SUVs have both had the electrification treatment, but perhaps the bigger surprise is that the technology now features on the Swift Sport.

The new powertrain sees a 48-volt electrical system added to the existing 1.4-litre Boosterjet petrol engine, harvesting energy normally lost when decelerating and using that to help out the engine when accelerating. That addition, Suzuki claims, can cut CO2 emissions by up to 17 percent, and reduce fuel consumption by a similar amount.

However, in the case of the Swift Sport, it has also had an effect on the performance and the starting price. Whereas before, the 1.4-litre Swift Sport could do the 0-62 mph sprint in about eight seconds, that has been extended to 9.1 seconds with the arrival of the mild-hybrid powertrain.

And where the Swift Sport used to come in at about £18,000, the starting price has risen to £21,570 with the new high-tech engine on board. However, Suzuki has announced some new zero-percent personal contract purchase (PCP) offers for the vehicle. For example, the company says a 48-month, 32,000-mile agreement could come with an initial payment of £3,365, followed by monthly installments of £249. To keep the car at the end of the four-year deal, there would be an optional final payment of £6,253.

Elsewhere in the Suzuki line-up, the mild-hybrid motor has replaced the existing 1.4-litre manual versions of the S-Cross and Vitara SUV models. Like their predecessors, the new power units come with manual gearboxes and a choice of front- or four-wheel drive.

In the case of the S-Cross, mild-hybrid power is available across the range, with the entry-level SZ4 model coming in at £20,749. Customers can spend an extra £3,000 to upgrade to the mid-range SZ-T or splash out a total of £25,749 on the top-spec SZ5. As well as two-zone climate control and a panoramic sunroof, that model also gives you the option of Suzuki’s AllGrip four-wheel-drive system.

The Vitara Hybrid range, meanwhile, starts at £21,749 for the basic SZ4. Again, customers can spend a little more - just £1,000 - on upgrading to the SZ-T or £3,000 to get the SZ5. And as with the S-Cross, the top-end model is the only one available with four-wheel drive; the rest make do with conventional front-wheel-drive layouts.