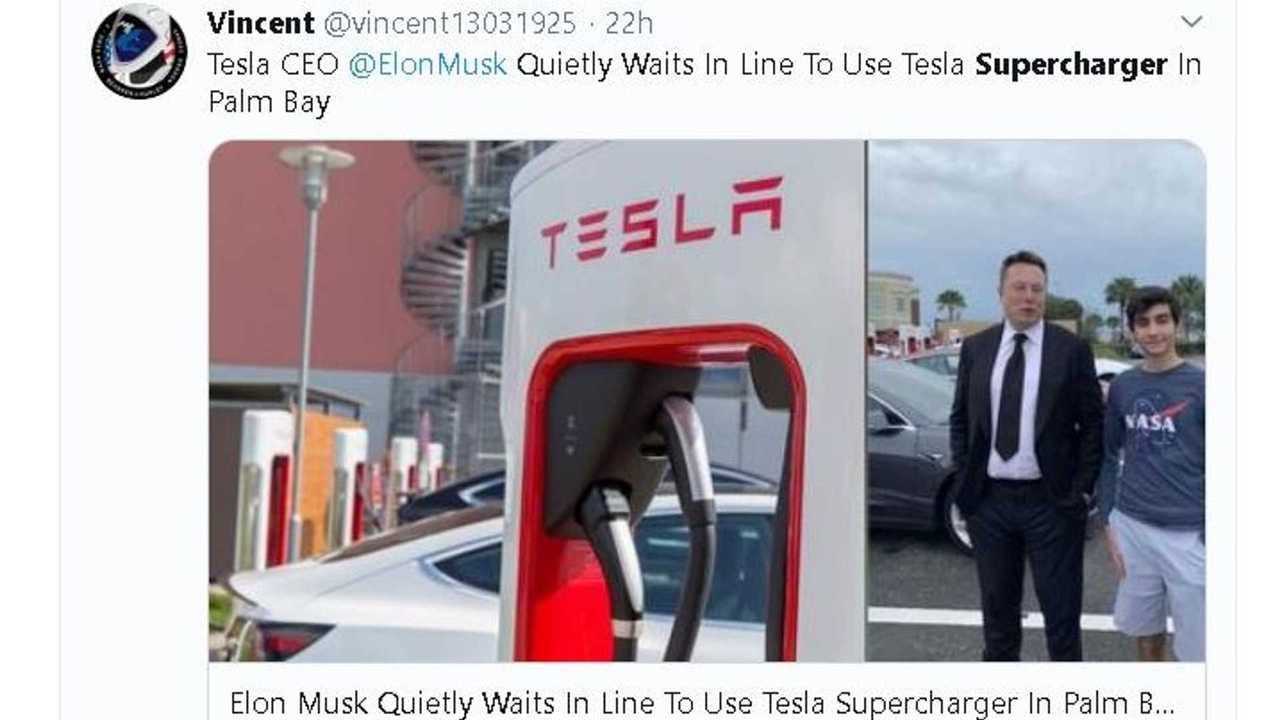 The CEO doesn't get special treatment. He has to wait in line to charge just like everyone else.

If you follow Tesla, Elon Musk, and SpaceX, you probably watched the rocket launch this week. It would have marked the first time in years we've sent astronauts to space. However, as some anticipated, it was cancelled due to inclement weather.

Musk drives Tesla vehicles as his personal cars, so he needs to charge just like the rest of the owners. Following the cancelled launch, the CEO was seen waiting in line at a Tesla Supercharger in Palm Bay, Florida. He had his girlfriend Grimes and their new baby with him, along with a Tesla Model S and Model X. He was reportedly in high spirits, despite the cancelled launch.

Elon Musk doesn’t have a problem with modified Teslas

Elon Musk: Tesla will move its HQ and future programmes to Texas/Nevada

Musk actually got out of his vehicle and interacted with other Tesla owners while waiting in line to charge. He even posed for photos. We can only imagine that the CEO was extremely excited, anxious, and overwhelmed by the potential SpaceX launch. However, while he was probably disappointed it was cancelled, the situation could have easily lifted a huge weight. We can't speak for Musk, but if it were us, we'd be disappointed, but relieved and de-stressed at the same time.

Many Tesla owners posted images of Musk at the Supercharger, talking to fans, laughing, and posing for photos. Some said he was very friendly and actually spent 15 minutes chatting. Aside from all of this, the whole situation gave Musk an opportunity to experience the public charging situation just like the general public.

Later, he announced on Twitter that Tesla has been slow to add new Superchargers due to the production of the V3 technology. He said Tesla is now ramping up its efforts once again.