Tesla's trio (Model X, Model Y and Model 3) seems to be the top choices according to Fully Charged.

After the top 10 most affordable BEVs, and most anticipated electric pickups, Fully Charged presents a top 10 all-electric cars for families.

The comparison is based on several criteria, like boot space, number of seats and ISOfix, roof rail option for additional cargo, safety, range and charging power, as well as affordability.

It starts with 15 contenders, some hatchbacks, some saloons and mostly crossover/SUVs. Despite the criteria, it still feels quite subjective of which models to include and which not to (for example, there is no Tesla Model S), but the most important thing is that as of 2020 we have a choice of various models. 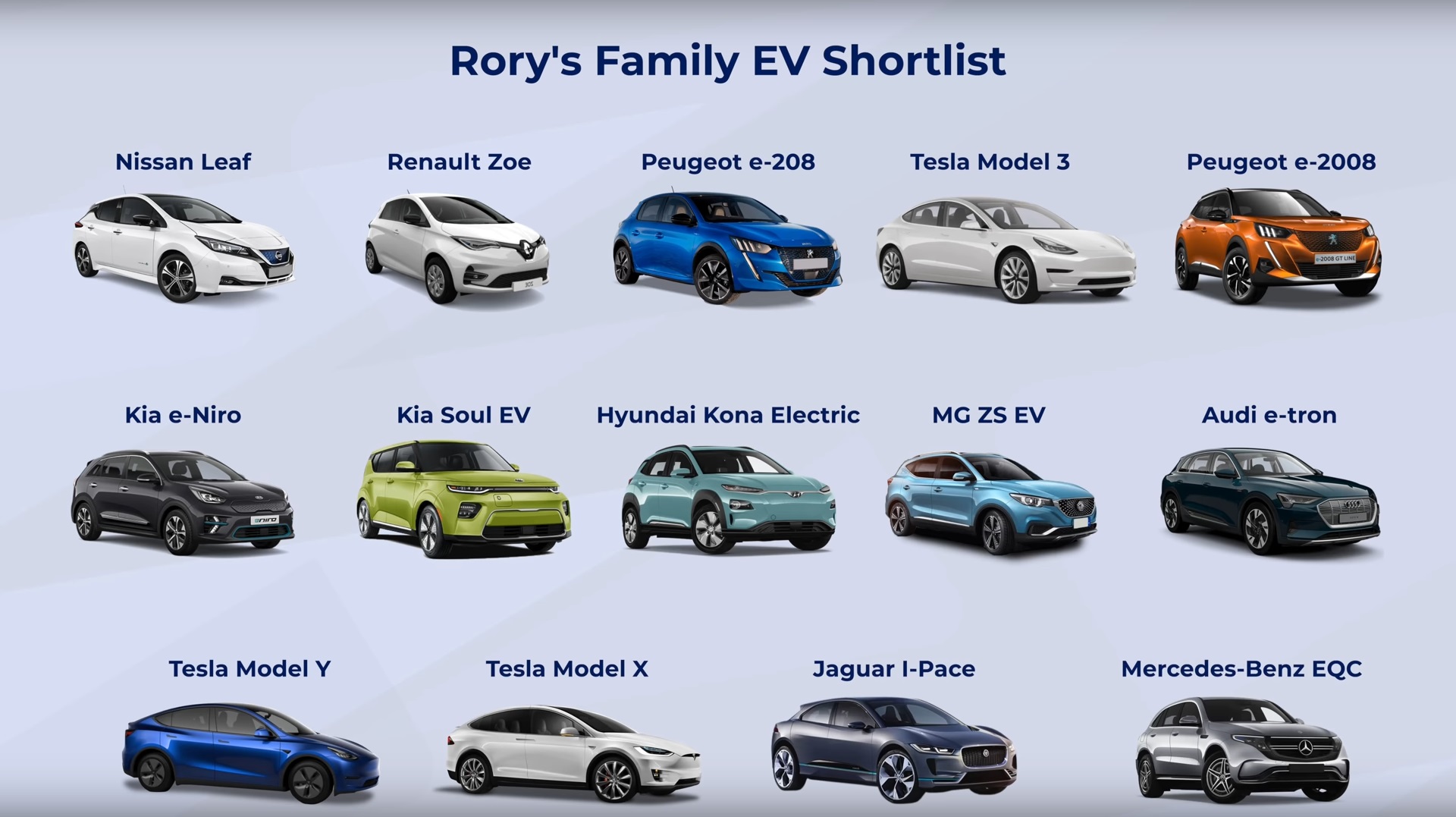 It's obvious that in the end, most customers will conclude that the crossover/SUVs are the best choice for families because of versatility and spaciousness.

On the other hand, those with smaller families/very small kids or those who are looking for the less expensive BEVs, might be interested even is subcompact models like the Renault ZOE. 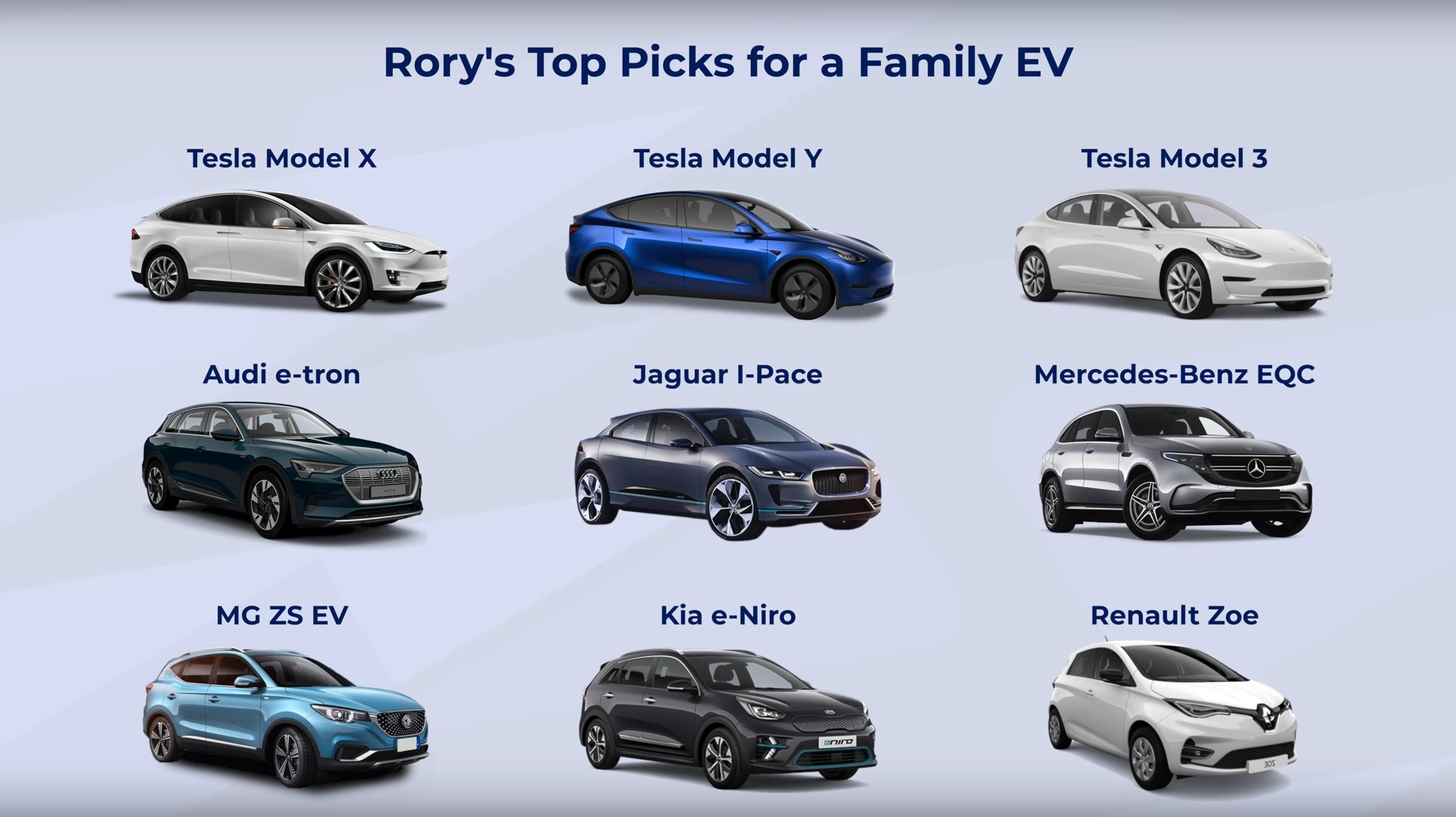