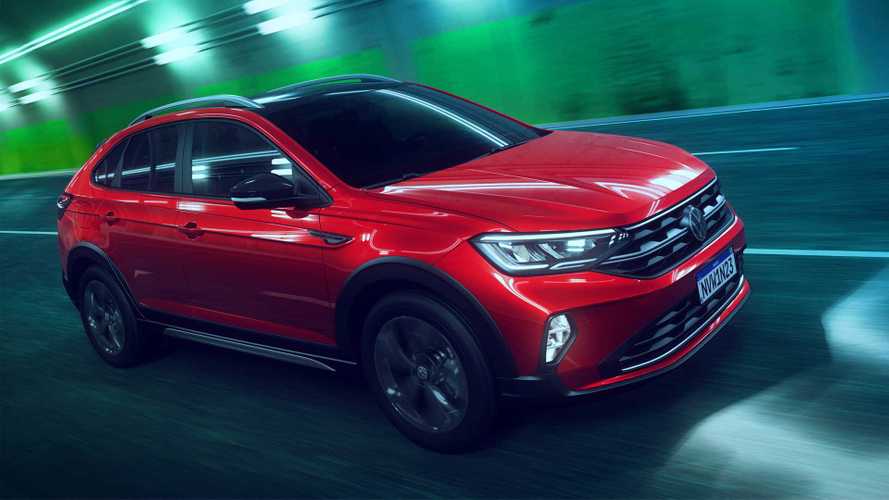 It has a 1.0-litre engine paired with a six-speed automatic.

The wait is over – this is the Volkswagen Nivus, officially presented by the brand and with photos that lack camouflage (unlike what happened in April). The crossover, with its coupe-like design, will go on sale in Brazil at the end of June, being fully developed in the country. It will arrive in Argentina later this year and in Europe in 2021.

It gives the German brand yet another crossover into the Brazilian market, seeking customers who want a model that's different in design to the T-Cross.

What's VW working on for the rest of the world:

Volkswagen did not talk about pricing or equipment, something that the company is likely holding back for the beginning of next month. However, dealers did spill the beans. They disclosed pricing and equipment information, along with details about the three trims: 200 TSI, Comfortline, and Highline.

As we've seen before, the crossover-coupe will make use of VW's vast equipment stockpile. To start with, it will offer adaptive cruise control (ACC), an item that only appeared in more expensive models of the brand. It will maintain the level of safety seen in the T-Cross, such as the six airbags (front and side), stability and traction controls, and automatic emergency braking.

Another premiere will be the VW Play multimedia center. Developed entirely in Brazil, it uses a 10.1-inch screen, betting on customisation of what is being displayed according to the user's taste. It will have the option of creating profiles for each driver, connecting with Android Auto and Apple CarPlay (with wireless function only for iOS models), and an application store of its own. It will be the new standard of the brand in Brazil and will gradually find its way into other Brazilian VWs.

By the list of equipment disclosed by dealers, Nivus will come standard with six airbags, air conditioning, stability and traction control, LED rear lights, a rear parking sensor, cruise control, Composition Touch multimedia centre, a multifunctional steering wheel, and more. It can be equipped with a rearview camera, electrically adjustable mirrors, rain and light sensors, and a few more items in the optional packages.

Volkswagen will launch the 2021 Nivus in Brazil in late June. Pre-sales begin at the start of the month.