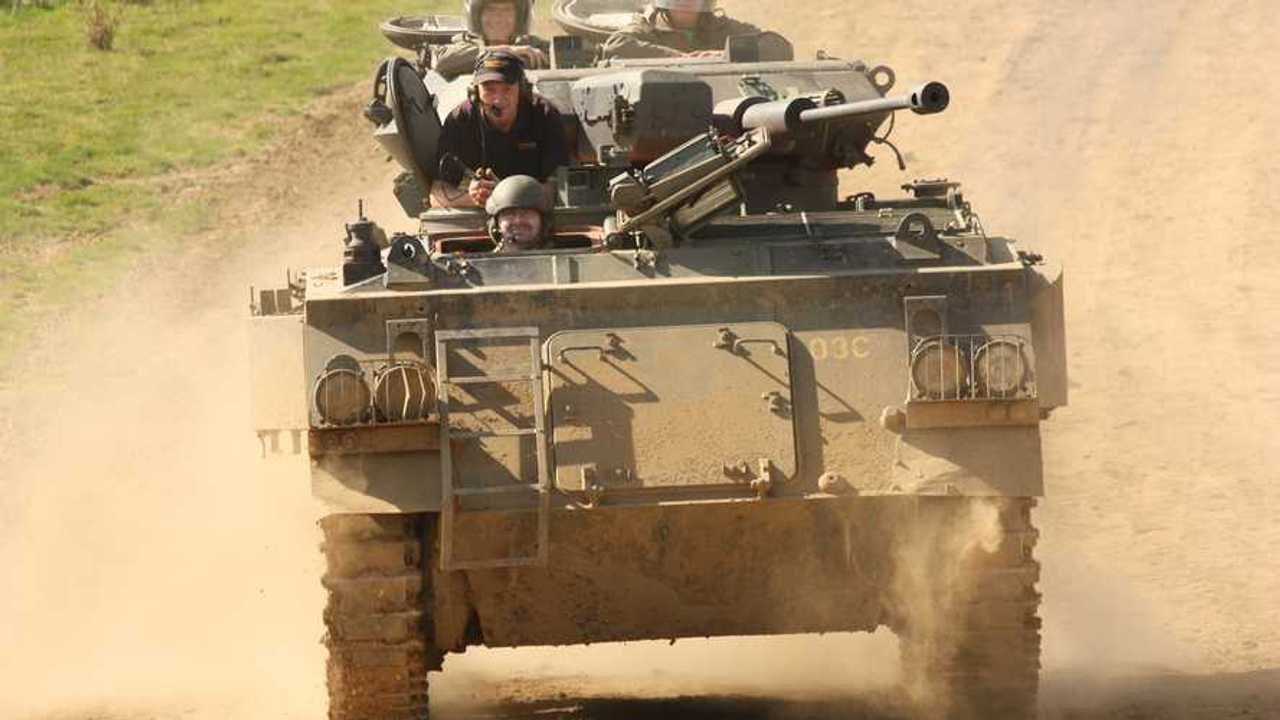 Want to drive a tank? Of course you do!

Driving experiences aren't just about fat cars and stars of the screen. You can also sample military machinery, and TrackDays.co.uk has revealed the most popular choices.

Naturally, a tank topped the list. Specifically, the FV432 tank. First introduced in 1963, the 15 tonne FV432 has seen service in theatres all over the world, most recently in Afghanistan and Iraq for which it received a raft of upgrades.

For experience days, the FV432 is even fitted with modified cannons for that added bit of authenticity.

"On a military day, thrill seekers can choose from a range of vehicles to drive but they can also drive the same vehicle up to four times," said Dan Jones, operations manager at TrackDays.co.uk. "The FV432 is chosen 95 percent of the time, so basically it’s the vehicle that is at the top of the picking list and that many people want to try at least once."

The second-most popular choice was Sweden's Hägglund military all-terrain carrier which is chosen 75 percent of the time. Sharing third on the list was the relatively normal Bedford and DAF military trucks, and the Land Rover light military vehicle.

"A tank driving experience would make the perfect Father’s Day gift and because they are available as vouchers they can be enjoyed when the time is right. In fact, TrackDays.co.uk has seen solid voucher sales as people look forward to life after lockdown."