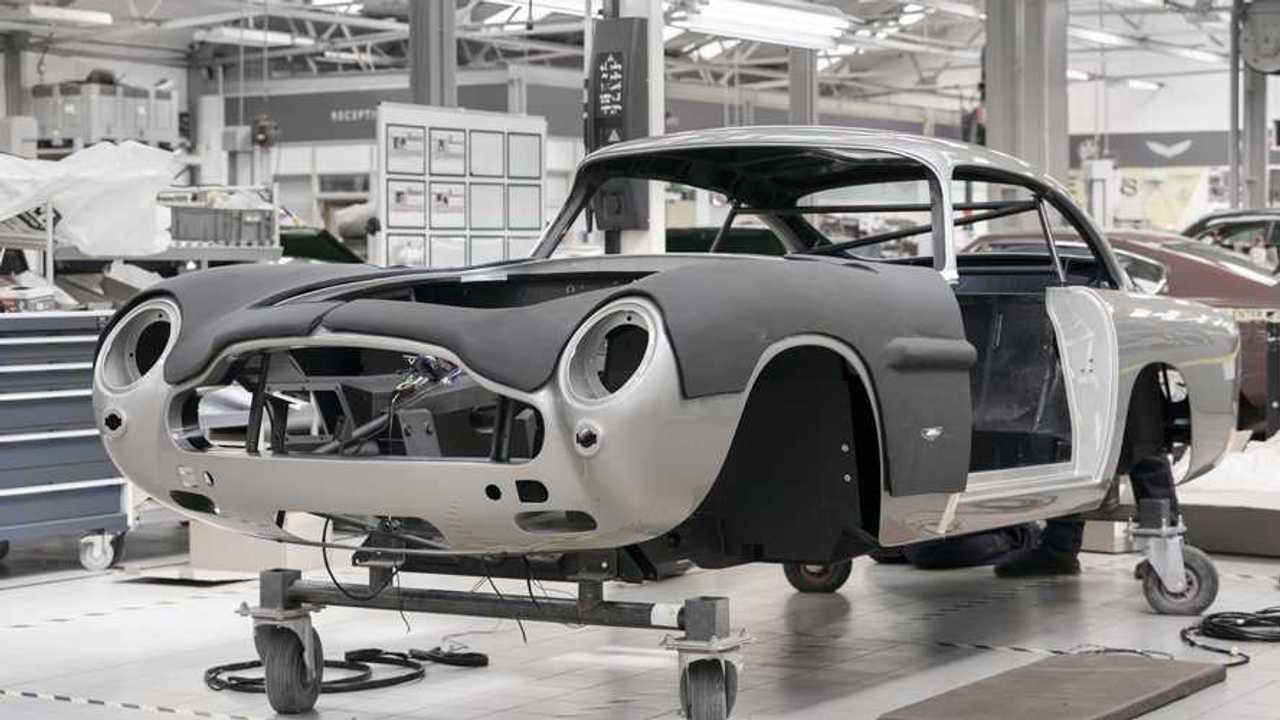 Back to the future? Kind of.

You'd be forgiven for thinking the latest 'new' car from Aston Martin is in fact a 55 year old legend – that's because it is. The legendary DB5 has gone back into production.

James Bond DB5 has new weaponry in No Time To Die

Priced at £2.75m, each of the 25 cars – adding to the original production run of under 900 – have already been sold. And no, none of them are road legal, so even though they're fake, you can't go round spooking other motorists with the machine guns.

"We are making, perhaps, some of the most desirable ‘toys’ ever built for 25 very lucky buyers worldwide," said Paul Spires, president of Aston Martin Works where both the original and the recreation DB5s have been built.

"Creating the DB5 Goldfinger Continuation cars and working with EON Productions and special effects supervisor, Chris Corbould, is something truly unique and a real career highlight for everyone involved here at Aston Martin Works."

Among the Bond-inspired additions to the DB5 Goldfinger continuations are:

In terms of the car itself, that's all as close to the original as can be, right down to the Silver Birch paint.

The aluminium exterior body panels are wrapped around an authentic DB5 mild steel chassis structure, while under the bonnet there’s a 4.0-litre naturally aspirated inline six-cylinder engine with a six-plug head, three SU carburettors and oil cooler putting out 290 bhp. The engine is mated to a five-speed ZF manual transmission which helps send power to the rear wheels, while up front there's unassisted rack and pinion steering.

There's also servo-assisted hydraulic Girling-type steel disc brakes coil over spring and damper units all round with an anti-roll bar at the front, and a live axle rear suspension with radius arms and Watt’s linkage

"Obviously we have not, as a business, made a new DB5 for more than 50 years, so to be involved in the building of these cars, which will go on to form part of Aston Martin’s history, is something I’m sure all of us will be telling our grandkids about!"

Each car takes around 4,500 hours to assemble, and deliveries will begin later this year.