New BMW M3 CS spied for the first time, inside and out 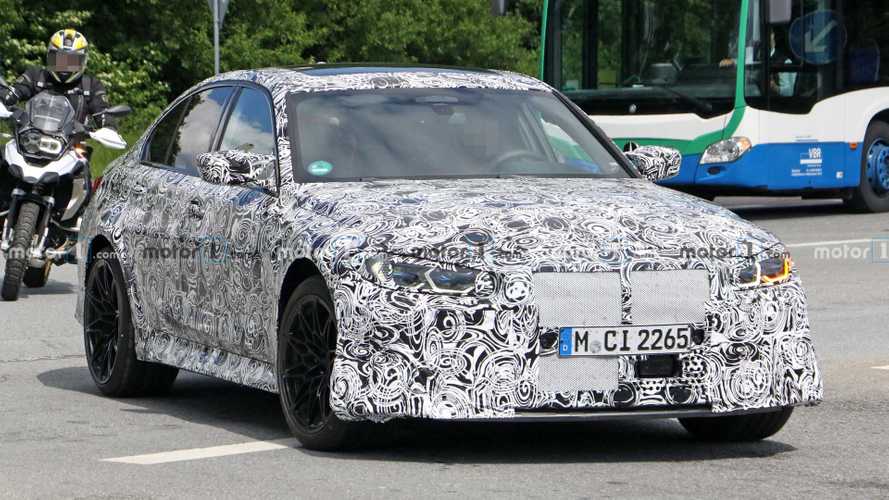 The regular M3 isn't even out yet, but BMW is already testing a more potent version.

After seeing plenty of spy images with the future M3 and the spicy M3 Competition, the time has come to have a first look at the even hotter CS variant. Telltale signs revealing the prototype’s true identity include the specific boot lid spoiler and the gold brake calipers, while the front spoiler lip and the larger wheels at the back further denote it’s the CS.

Our spies were also able to take a peek inside the cabin where the lightweight bucket seats are also a dead giveaway we’re dealing with the M3 CS. The test vehicle had an automatic transmission like the previous-generation model, which wasn’t available with a manual at all. BMW has said the three-pedal setup will live on in the new M3, but we wouldn’t hold our breath to see the clutch pedal in the CS variant.

In terms of power, we already know the M3 will have the same S58 engine as the X3 M and X4 M. We’re expecting just about the same 503 bhp and 442 pound-feet (600 Newton-metres) of torque in Competition spec, with the CS variant to up the power ante. As you may recall, the old M3 CS came with an additional 10 bhp compared to the Competition variant, raising the total output to 460 bhp.

Beyond the meaner look and extra oomph, the next M3 CS should carry over just about the same upgrades as its predecessor. These include tweaked versions of the adaptive M suspension and differential, along with a revised quad exhaust system, sharper steering, and carbon fibre-reinforced plastic (CFRP) bonnet and roof. Inside, those sporty seats with integrated headrests will be complemented by a high level of standard equipment and a leather/Alcantara finish throughout the cabin.

See the other M3 versions:

Bear in mind the previous M3 CS was a limited affair as BMW only made about 1,200 cars for the whole world. It should be the same story with the new one, but don’t expect to see it from day one as logic tells us the base and Competition models will be released first this year. The M3 CS could join the lineup at some point in 2021.

Meanwhile, its bigger brother, the M5 CS, should be out before the end of 2020 based on the 5 Series facelift introduced just a few hours ago.