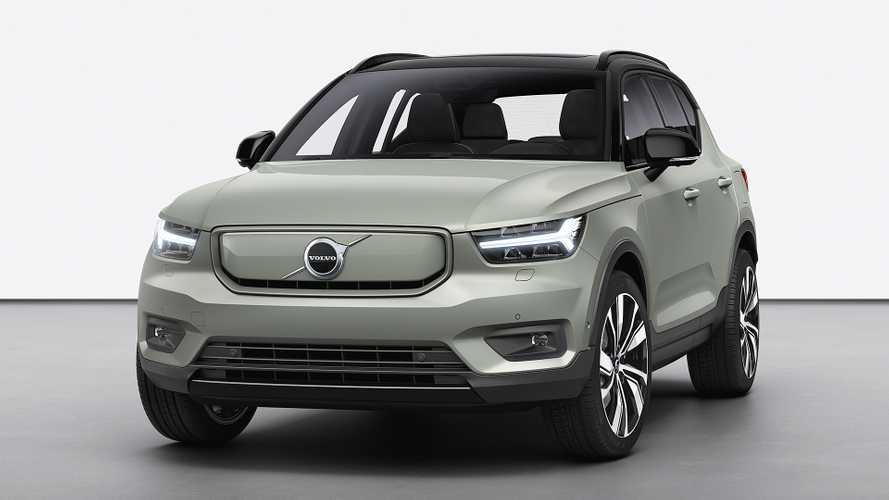 The all-electric SUV will do 249 miles on a single charge.

The new all-electric Volvo XC40 Recharge Pure Electric P8 is now available to order with prices starting at £53,155. The mid-size SUV is more than twice as expensive as the cheapest petrol-powered XC40, but it’s capable of covering up to 249 zero-emission miles on a single charge.

Would-be customers can now reserve their car, which will come with a brace of electric motors providing four-wheel-drive traction and a total of 402 bhp. All that will be fed by a battery pack that offers rapid-charging capability, allowing it to be charged to 80 percent in 40 minutes.

But as well as offering zero tailpipe emissions and enough power to sprint from a standstill to 62 mph in 4.9 seconds, the new motor arrangement frees up space in the car’s shell. As a result, a small 30-litre “frunk” has been added under the bonnet, increasing the car’s load-carrying capacity slightly.

Volvo also claims the car is still “one of the safest cars on the road”, despite the “challenges” of the new electric powertrain. With a “totally redeveloped” frontal crash structure, as well as a new safety structure for the passengers and battery, Volvo says passengers will be “as safe as in any other Volvo”.

Otherwise, the electric version of the car inherits much the same equipment found in any other XC40. That means the door linings and carpets are 97 percent recycled plastic, and goodies such as keyless push-button start and automatic LED headlights are all included.

At first, the Recharge Pure Electric is being offered in R-Design trim, which means leather upholstery, glossy black exterior trim and 19-inch alloy wheels all feature as standard. Sports pedals, a perforated leather steering wheel and a power-operated tailgate all come as part of the package, too, while there’s a 12.3-inch digital driver display, two-zone climate control and Recharge branding on the front door tread plates.

Aside from the electric motors, therefore, perhaps the biggest change to the Recharge Pure Electric’s spec sheet is the infotainment system. It’s a new Android-powered set-up, which is designed to make the system more intuitive, as well as giving customers embedded Google technology. Google Maps, Google Assistant and other automotive apps will all be built into the system, and over-the-air software updates will be available for the first time in a Volvo.