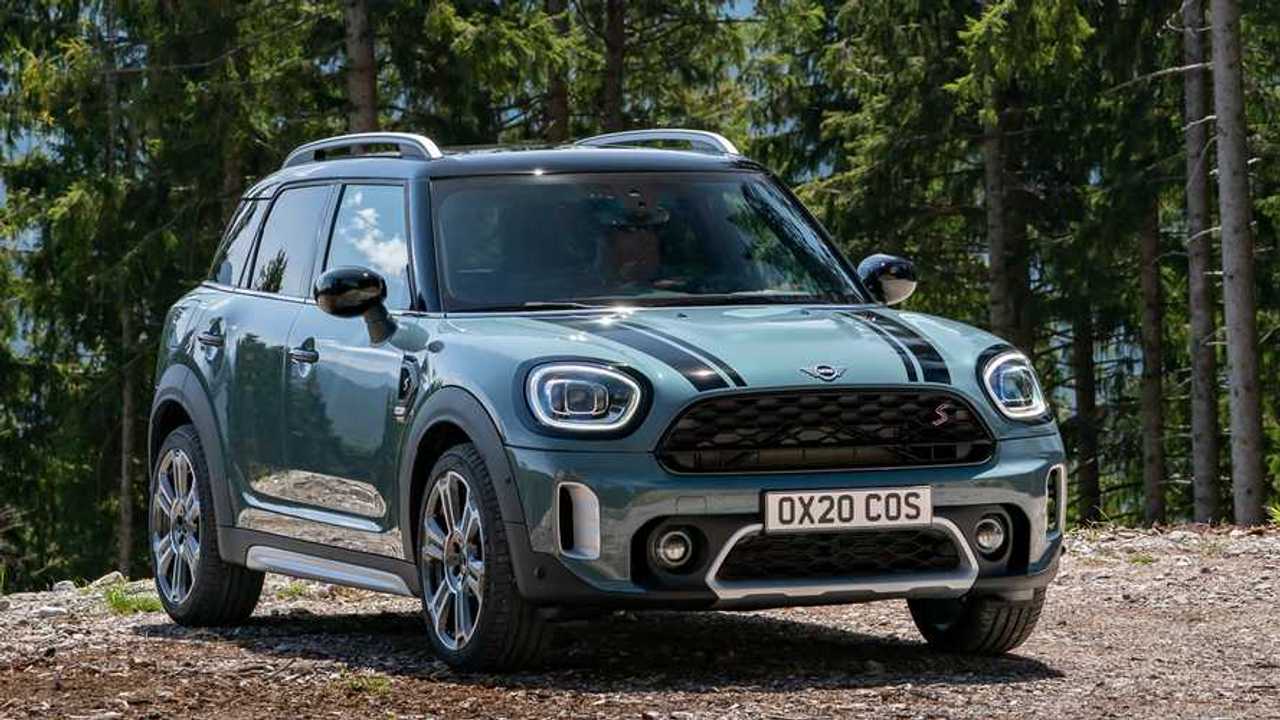 The freshened-up model comes with updated engines and bodywork.

Mini is already taking orders for the facelifted Countryman SUV, which comes with a starting price of £23,500. The curvy crossover has been tweaked with a new front-end design, as well as an updated engine range and a lightly modified interior.

For your £23,500, you’ll be looking at the basic Cooper Countryman, which comes with the entry-level three-cylinder petrol engine as standard. Boasting 134 bhp, the 1.5-litre motor will take the car from 0-62 mph in just under 10 seconds or return between 47.9 and 50.4 mpg.

More on the new Mini Countryman:

That all assumes, though, that you’ve stuck with the standard six-speed manual gearbox. Spend a little more on the seven-speed automatic, and you’ll see the performance remain unchanged, but the economy figures will fall slightly.

If you want, you can also choose to swap the standard car’s front-wheel-drive set-up with the All4 four-wheel-drive system. That upgrade also brings with it an automatic gearbox, but it extends the 0-62 mph time to just over 10 seconds and drops the economy further still, down to between 46.3 mpg and 47.9 mpg.

Alternatively, you could go for the slightly more potent Cooper S Countryman, which ups the power to 176 bhp courtesy of a 2-litre petrol engine. That’s a drop in power compared with the pre-facelift Countryman, but the performance figures are still much the same. The sprint from nought to 62 mph takes 7.5 seconds, while the top speed is 140 mph. Driven slightly more sedately, though, it will return between 43.5 and 49.6 mpg, depending on which gearbox you choose.

For those seeking the economy of a diesel, however, the Cooper D Countryman has to be the model of choice. The 148 bhp, 2-litre diesel engine returns up to 67.3 mpg, despite being capable of taking the car to 62 mph in a smidgen over nine seconds. Like the petrol-powered Cooper, it comes with a manual gearbox as standard, but four-wheel drive and automatic gearboxes are optional extras.

And - on paper, at least - the Cooper Countryman Plug-In Hybrid is even more efficient. Teaming a 1.5-litre petrol engine with a 9.6 kWh battery and an electric motor gives the car a not-inconsiderable 217 bhp, as well as an all-electric range of between 34 and 38 miles per charge. As a result, the official fuel economy figure stands at between 141 and 166 mpg. Perhaps more importantly, the CO2 emissions that determine company car tax rates stand at 40-45 g/km.

Despite this eco-friendliness, though, the Cooper Countryman Plug-In Hybrid is still the fastest model in the range so far. Sending power to all four wheels via a special four-wheel-drive system, it manages 0-62 mph in 6.8 seconds and tops out at 122 mph.

No matter which version you choose, Mini has opened up a range of options for Countryman buyers. White Silver metallic and Sage Green metallic have joined the colour palette, while the roof and mirrors can be finished in black, white or silver as an alternative to the body colour, depending on the model. Mini has also announced a Piano Black Exterior option, which sees a high-gloss black finish on the headlamp surrounds, rear lights, radiator grille and side scuttles, as well as the door handles and the model lettering on the luggage compartment lid.