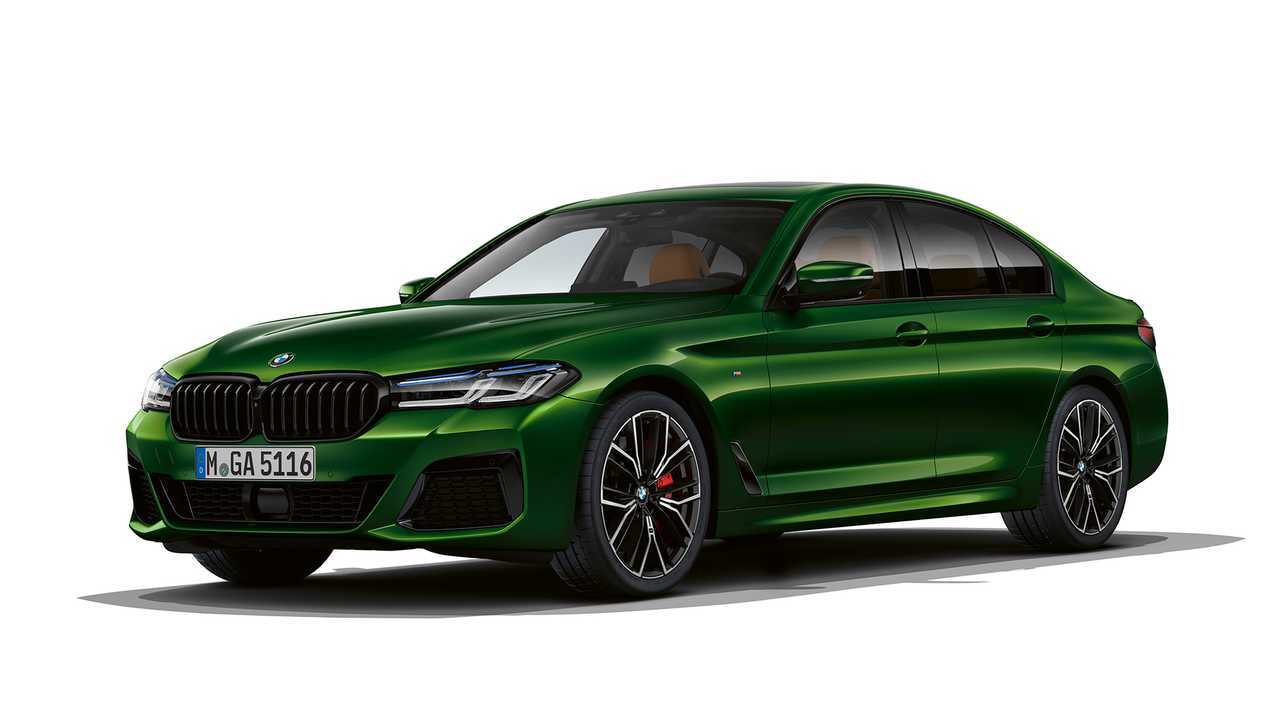 It's the first time the model has been introduced on UK shores.

BMW has confirmed its new M550i xDrive super-saloon will come to the UK, starting at more than £67,000. Although BMW has not yet announced a new M5, it seems the new model is designed to sit between that fabled sports car and the conventional four- and six-cylinder 5 Series models.

Like the outgoing M5 and the recently launched M850i Coupe, the M550i will come with a 4.4-litre V8 petrol engine and four-wheel-drive. That combination will be enough to permit a staggeringly fast 0-62 mph time of just 3.8 seconds - one tenth faster than a Porsche 911 Carrera S Cabriolet.

More on the new BMW 5 Series:

2021 BMW 5 Series Estate spied getting sideways at the Nurburgring

That acceleration will sit alongside the obligatory 155 mph top speed, allowing the new saloon to keep up with pretty much anything else in the outside lane of a German motorway. Sadly for fans of fast estates, though, BMW will not be selling the M550i in Touring estate form, leaving customers with the choice of four-door saloon or nothing.

Instead, the Touring will be offered in the lowlier 540i guise, which comes with a 3-litre straight-six petrol engine. With 329 bhp and four-wheel drive, it’ll still manage 155 mph, while the 5.2-second 0-62 mph time is hardly slow.

That said, the 540i will miss out on some of the equipment afforded to the more powerful, more expensive M550i. The M550i is the only car in the range to get the M Performance trim level, which provides exclusive 20-inch alloy wheels, cerium grey exterior detailing and a Harman/Kardon surround-sound system. And that’s before you consider the M Sport differential and adaptive M suspension that also come as standard.

As you might expect, all that comes on top of the features common across the facelifted 5 Series range, which include leather upholstery, a sporty, leather-wrapped steering wheel and heated front seats. Automatic air conditioning, a DAB digital radio and the BMW Live Cockpit Professional infotainment system are also part of the package.

The M550i is already on sale, along with the rest of the revamped 5 Series range. The new model crowns a line-up that has been refreshed with a new exterior look, extra technology and equipment. There’s also a new range of plug-in hybrid models, while mild-hybrid power will feature across the line-up of 2- and 3-litre models. Prices for the cheapest model - the 520i SE saloon - start at £37,480. The roomier 520i SE Touring estate version, meanwhile, commands a premium of just over £2,000, bringing the total to £39,730.