A press release announcing the online-only premiere of the 5 Series and 6 Series Gran Turismo facelifts took us to BMW’s dedicated page for livestreams. That’s where we stumbled upon a teeny-tiny image of the new 4 Series Coupe, which will also get a digital outing. The official premiere is scheduled to take place on 2 June, so in less than a week from today.

It’s actually not the first time BMW is teasing the new 4er as the company invited our colleagues from Motor1.com Germany to take a ride in a camouflaged pre-production prototype earlier this year. They drove the amped-up M Performance version set to carry the M440i xDrive badge to mirror its four-door sibling, the M340i.

It goes without saying the M440i will be the star of the show since the full-fat M4 will arrive at a later date. There’s not much mystery regarding the car’s design considering BMW previewed the next-gen 4 Series Coupe with a namesake concept at last year’s Frankfurt Motor Show. Like it or not, the oversized pair of kidneys is coming, and you can see most of the grille in this low-resolution image. That intricate grille pattern is a telltale sign we’re dealing with the M Performance model as the aforementioned M340i along with the M135i have a similar look.

Further down the line, the 4 Series lineup will be updated with the rollout of the convertible likely to arrive before the end of the year. In 2021, the revamped 4 Series Gran Coupe will be launched and it will be joined by an electric sibling in the i4. The zero-emissions variant is said to be the top dog in terms of power, meaning it will eclipse the future M4 Competition and its expected 510-bhp output.

The M4 will arrive at a later date: 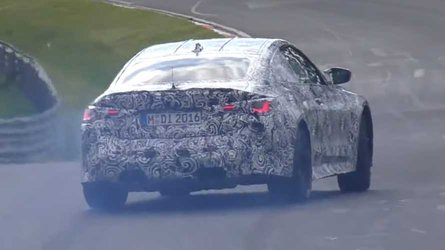 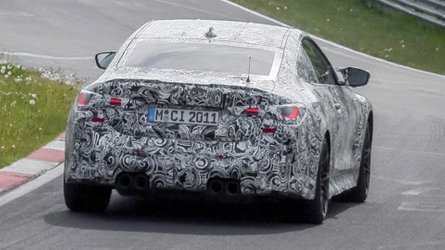 There are some rumours about BMW finally doing an M4 Gran Coupe to take on the Audi RS5 Sportback, but we’ve heard through the grapevine that it’s not going to happen.