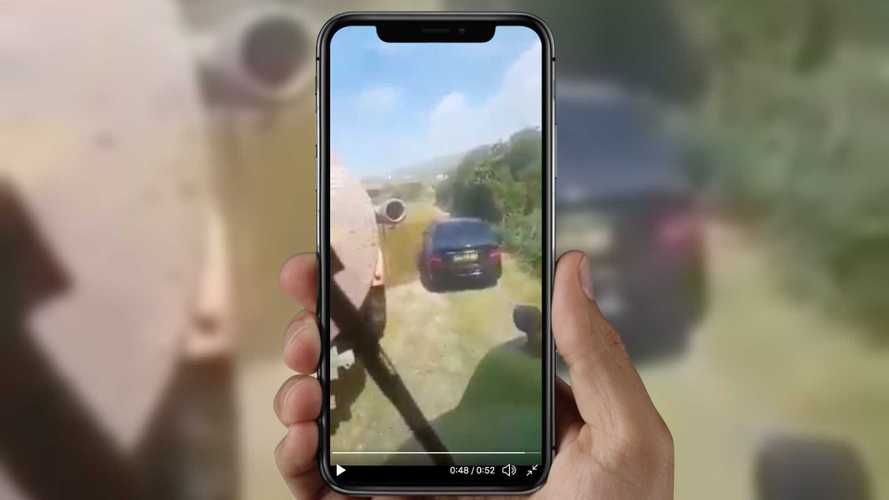 What was supposed to be a lovely weekend at the beach for one Mercedes-Benz C-Class owner ended up as a real mess - literally. The compact premium saloon (generation W204) was parked on a farmer’s land, which is located near the Trevena village situated on the Atlantic coast of Cornwall, England, United Kingdom.

Annoyed by the car on his farm, the tractor driver covered the entire car in poop and it was all captured on video and later posted on social media.

“The beach is nice and busy today - everyone social distancing, I suppose. That busy, they've decided to park in the field,” the farmer can be heard saying from the video, which has been seen almost 875,000 times on Twitter. “'I've nearly finished mate, I'm not stopping. I hope you have as much fun washing your car as I am going to have painting it for you,” the countryman explains.

We don’t know whether there are good detailers in the Cornwall area but we are sure this C-Class would need much more than just a quick wash at the local car wash. Hopefully, the car had a proper paint protection - imagine the layer of muck after a few hours under the burning sun. Yuck!

In the name of poop:

The video on social media got thousands of people commenting with divided opinions. Some are defending the farmer saying they’d block anyone’s car for hours if it’s parked on their driveway. Others, however, believe this is “mean and horrible” and “even this damned virus situation hasn't changed some people for the better.”