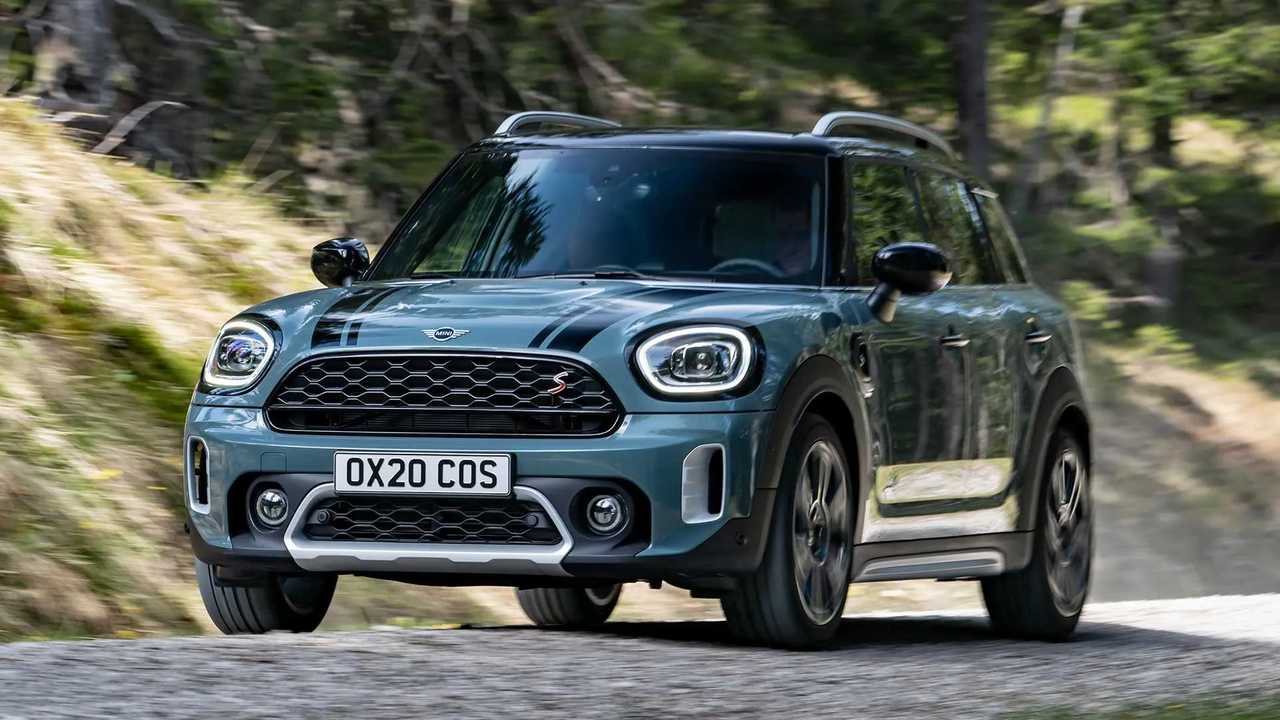 The Mini Countryman is a small, fashionable, fun-to-drive crossover with a wide range of outputs, an available plug-in-hybrid model, and a degree of personalisation that young owners should find appealing. And yet, even though it represents 40 percent of all Mini sales, the Mini brand itself is struggling, with sales falling every year since 2015.

This is a classic BMW LCI, or “lifecycle impulse,” the company's eye-roll-worthy name for a mid-cycle update. There are slight changes to the exterior, with new headlights (which are now LED units as standard) and grille, new wheel options, a piano-black trim option, and the LED taillights are now available with the same Union Jack motif introduced on the Mini Hardtop. Mild design changes to the cabin include a new digital instrument cluster with a 5.0-inch display, introduced on the Mini John Cooper Works GP and then on the all-electric Mini Cooper SE.

Under its short bonnet sits the same range of powerplants as the 2020 model. The base Cooper Countryman retains a turbocharged 1.5-litre three-cylinder engine with 134 bhp, while the Cooper S Countryman features a turbocharged 2.0-litre four-cylinder with 189 bhp. Finally, the John Cooper Works model uses the same engine to pump out 301 bhp. Both the Cooper and Cooper S are available with Mini's All4 all-wheel-drive system – it's included with the JCW.

If you want an electrified Mini but aren't willing to go full electric with the Cooper SE, Mini offers the (confusingly named) Cooper SE Countryman marries the base 1.5-litre engine with a 7.6-kilowatt-hour lithium-ion battery and an electric motor. The all-electric range of this all-wheel-drive-equipped PHEV remains at 17 miles.

Fans of manual transmissions may not enjoy the new Countryman. After suspending production of the manual-trans Countryman a few years back, Mini has confirmed to Motor1 that a low take-rate on the six-speed box will prevent it from returning to the brand's only crossover. In the manual gearbox's place sits a line of automatics: a seven-speed dual-clutch for the front-drive Cooper and Cooper S, a six-speed auto for the Cooper SE, and an eight-speed auto for the all-wheel-drive Cooper, Cooper S, and JCW.

Mini hasn't released pricing data for the 2021 Countryman line yet, although the brand did confirm that the new crossover would arrive in dealers later in the summer of 2020.