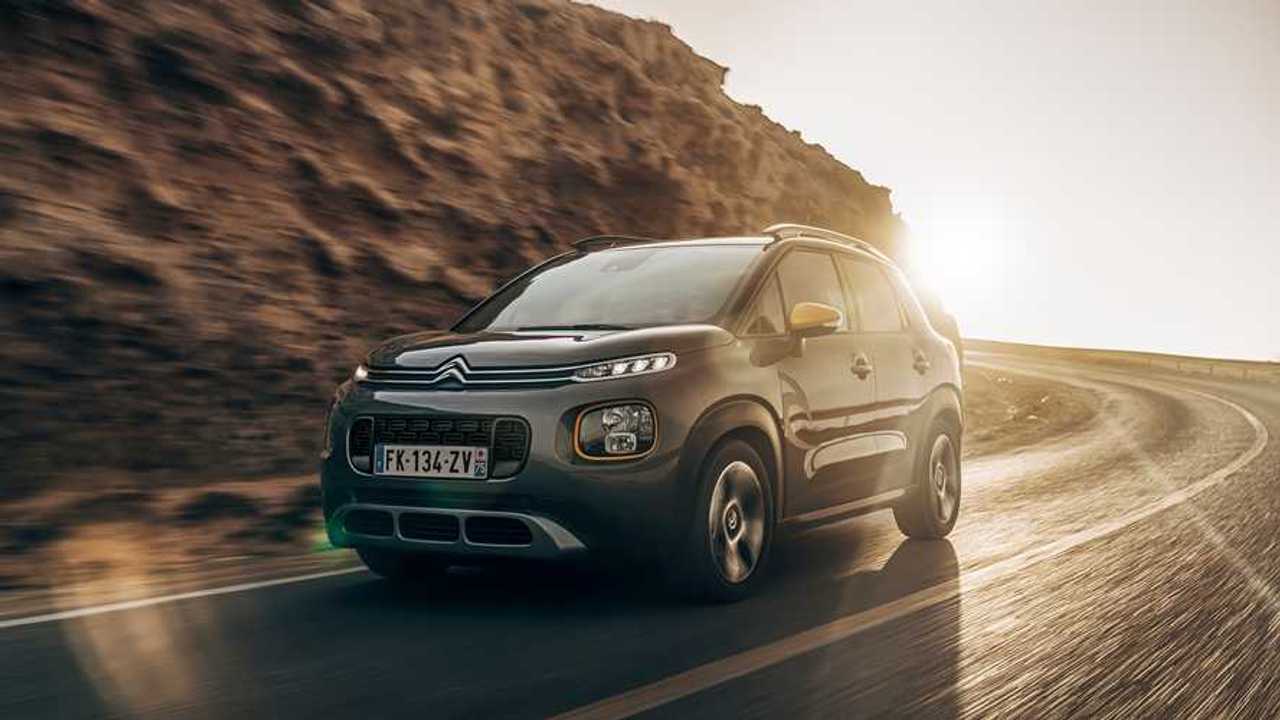 Special edition is marked out by yellow bodywork accents.

Citroen’s new C3 Aircross Rip Curl special edition is now available to order with prices starting from £21,610 on the road. As with Citroen’s earlier Rip Curl versions of the C4 Cactus and SpaceTourer MPV, the newcomer gets a host of aesthetic and interior tweaks inspired by the surfing brand.

Based on the top-of-the-range Flair model, the Rip Curl comes with a seven-inch touchscreen infotainment system, climate control and automatic lights and wipers. A reversing camera is included, too, alongside TomTom satellite navigation and an Active City Brake system, which automatically applies the brakes if it detects an impending collision.

More on the Citroen C3 Aircross:

But the Rip Curl adds to this with 16-inch black alloy wheels and a black contrast roof, as well as a distinctive yellow “colour pack”. This adds touches of yellow to the headlight surrounds, wheel centre caps and door mirrors. There’s a wave motif on the front doors, along with the Rip Curl logo, and customers get a choice of four body colours. Platinum Grey, Cumulus Grey and Natural White are all available, along with Perla Nera Black that blends with the black roof to create a single-tone finish.

Inside, there’s special grey-striped Terpa fabric with white topstitching and a yellow stripe on the backrest that mirrors the exterior colour pack. The same colour scheme is replicated on the floor mats, which also feature the Rip Curl logo.

Hauling all that from A to B is the 1.2-litre PureTech 110 petrol engine, which offers 109 bhp and comes with a six-speed manual gearbox. That combination is tough enough to take the C3 Aircross from a standstill to 62 mph in about 10 seconds, before hitting a top speed of 114 mph. It’s also capable of returning just under 45 mpg on the combined economy test, as well as CO2 emissions of 143 g per kilometre.

The £21,610 starting price makes the Rip Curl about £450 more expensive than the equivalent Flair model, but Citroen says the special edition “consolidates [the C3 Aircross] positioning as a fully-fledged adventurer”. As a result, the company says it hopes the new model will prove “particularly attractive” to buyers.

Although Citroen is already taking orders for the C3 Aircross Rip Curl, the first right-hand-drive examples are not expected to be delivered to customers until July.