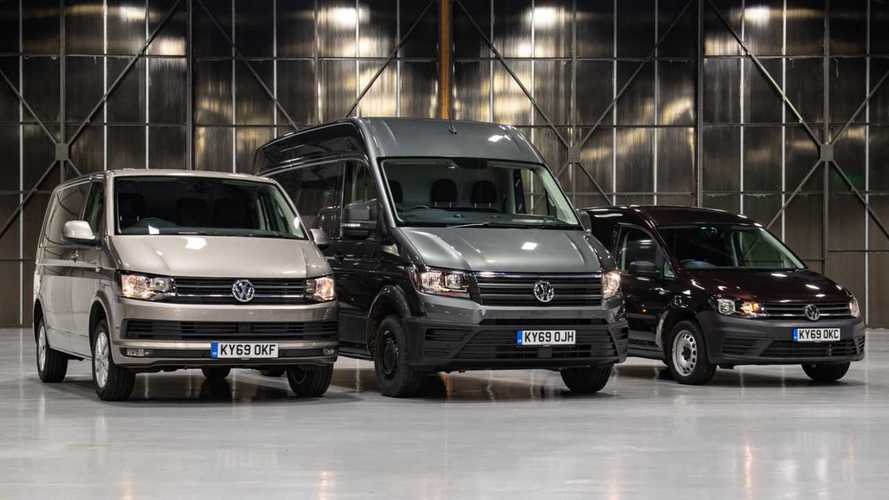 The company says the move will "support" businesses.

Volkswagen Commercial Vehicles has joined sister firms Seat and Skoda in offering finance deals with no payment for three months. The van-marketing arm of VW says the ‘Get Back to Work’ scheme is designed to “help support companies as they prepare to ramp up for business once again”.

Seat and Skoda have already announced similar deals for their passenger cars, but VW Commercial Vehicles said the finance package would “support” the self-employed. According to the company’s research, seven in 10 customers said they were “concerned” about their business as a result of the coronavirus crisis.

The offer is available across the VW Commercial Vehicles range, with the new mid-size Transporter T6.1 included. The offer is available from now until June 30, as long as delivery is possible before July 31. Although showrooms are currently closed due to the lockdown, dealers in England can hand over vehicles if appropriate social distancing measures are in place.

For customers acquiring a “stock” van on contract hire, there will be nothing to pay upfront and no monthly payments for the first three months. According to VW Commercial Vehicles, that means customers could take delivery in June and have nothing to pay until November.

And when the payments do begin, a basic Transporter T6.1 Startline could cost £279 a month plus VAT, while a smaller Caddy Startline could cost £219 a month before VAT. Both figures are based on a four-year, 40,000-mile contract, and the deal applies solely to vehicles already in stock, rather than models that have been built to order.

For those choosing personal contract purchase (PCP) agreements, there’s a similar system. The deal is only available for vehicles in stock, but customers will also benefit from a deposit contribution, plus no repayments for the first three months and up to 3.5 percent representative interest. At the same time, customers can also take up VW’s offer of two services for £99, which covers next two consecutive services, one of which is an oil service and the other an oil and inspection service.

“We know that many businesses are apprehensive and there’s a good deal of uncertainty about how the rest of 2020 will play out across many of the industries we support,” said James Douglas, the head of sales at Volkswagen Commercial Services. “That’s why, as part of our Working With You brand promise, we wanted to take a load off, by offering the first three months on us. By doing so, UK companies won’t have to delay new van purchases, and can instead concentrate on driving their businesses forward.”