A turbocharged leather-trimmed SUV drag race for the ages.

If you’re in the market for a luxury SUV that packs some serious performance, well then you’re in luck, as there are several examples to choose from. Legendary performance car brands like Porsche, Audi, and Alfa Romeo all offer performance SUVs for their saloon averse customers.

Although these brands built its reputation on fast sports cars and saloons, their ability to translate much of that experience into some seriously impressive SUVs. With much of the market purchasing SUVs over cars, there’s a lot at stake in the way of potential revenue. So who builds the quickest SUV in this highly contested segment? Well, the team at Carwow decided to find out.

First, we have the Porsche Macan Turbo, a mid-sized SUV that shares its platform with the Audi Q5. The Macan represents the most affordable way to enter into the Porsche lineup in base trim while giving customers a serious performance SUV like the Turbo model shown in this drag race. Thanks to Porsche’s world-beating PDK dual-clutch automatic transmission and a twin-turbo 2.9-litre V6 good for 434 bhp and 405 lb-ft of torque. Coupled with Porsche’s all-wheel-drive system, the Macan turbo is good for a 0 to 60 time of 4.3 seconds.

Next up, we have the Alfa Romeo Stelvio Quadrifoglio. This Italian performance SUV injects the passion and flair of the Guilia Quadrifoligio into an SUV body to capitalize on the popular SUV segment. Powered by a 510-bhp 2.9-litre twin-turbo V6 derived for the Ferrari 488 GTB’s V8, the Stelvio QV is a seriously impressive performance SUV. Although the Stelvio lacks launch control and utilizes a traditional auto over a dual-clutch, the Stelvio Quadrifoglio can sprint from 0 to 60 in only 3.6 seconds. 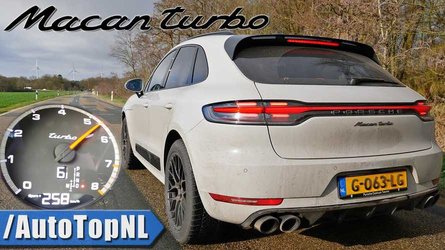 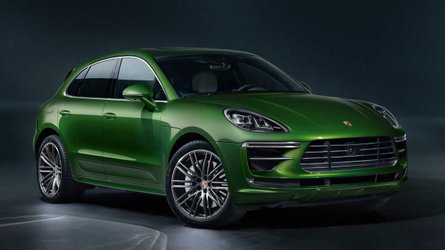 Finally, we have the Audi RS Q3 Sportback. Powered by the same turbocharged inline-5 cylinder engine found in the Audi TT RS and RS3, this little SUV packs some serious performance. This 400 bhp engine is mated to Audi’s DSG dual-clutch transmission and sends power to all four wheels via Quattro all-wheel-drive. With a 0 to 60 time of 4.5 seconds, this is a serious contender.

So what does all of this performance mean in the real world? Well, let’s find out.