And a behind the scenes interview with the movie’s stunt driver.

If you’re at all like us, then just about anything involving James Bond and an Aston Martin puts a smile on your face. Even though the latest Bond flick, No Time To Die is postponed to later this year, we can still appreciate a behind the scenes look at one of the movie’s biggest stars, the Aston Martin DB5.

Carfection, one of YouTube’s best automotive channels, took a spin in several of the DB5s used in the Bond films, including special builds that are modified for stunt driving use. In the process, host Henry Catchpole also interviews former rally driver (and current stuntman) Mark Higgins to discuss what it’s like driving the classic Astons for the films. 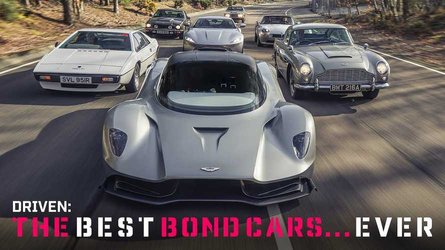 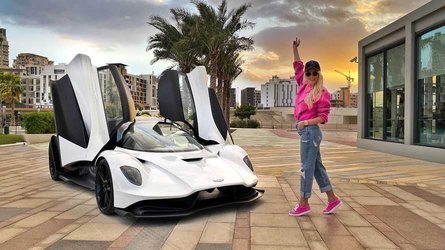 Producers created multiple knock-off versions of the real DB5 for filming, including one version with an inline-six producing 300 bhp and a body made from carbon fibre. There’s another version with the infamous headlight guns and an example with body damage for scenes that get a little hairy. Higgins, who has worked on each of the Daniel Craig Bond movies, explains what it’s like stunt driving the various Astons on set, most of the time with huge crews watching. During dramatic chase scenes through well-known locations like The Vatican “Sometimes you feel a little James Bond yourself,” he explained.

To end the video, Catchpole himself gets behind the wheel of a modified DB5, even getting it a bit sideways. Weighing roughly 1,000 kg and with power going to the rear, the movie car is much more playful than a real DB5 would be. Even though it’s a tweaked replica, seeing the greatest Aston Martin of all time skidding around Silverstone is incredible. All this just makes us even more excited to see No Time To Die, which (as of now) is rescheduled to hit theatres November of this year.