The new model gets styling and upgrades over the mid-range SE.

Volkswagen’s new T-Roc Black Edition is now available to order with prices starting at just under £24,000. Based on the top-selling mid-range SE model, VW says its newcomer adds more than £2,000 of extra equipment with only a small increase in the sticker price.

As you might expect given its name, the Black Edition is set apart by the black finish to its grille trim, door mirror caps, roof rails and exhaust pipes. There’s a geometric decal on the C-pillar, too, not to mention the rear privacy glass, LED headlights and 18-inch black alloy wheels.

More on the VW T-Roc: 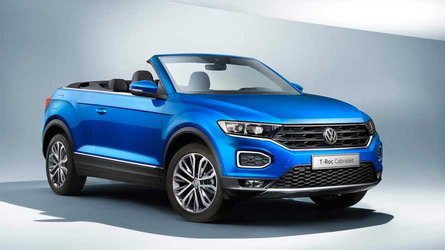 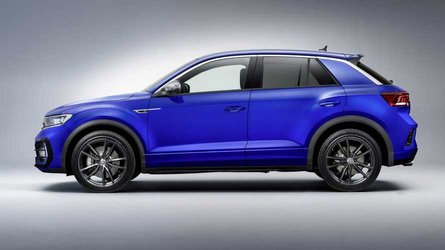 The theme is continued inside, where piano black dashboard trim and black roof lining dominate. They are also supplemented by a leather-wrapped gear knob and a multifunction sports steering wheel with grey contrast stitching.

All that comes on top of the SE’s standard equipment, which includes adaptive cruise control, front and rear parking sensors, and the Apple CarPlay and Android Auto smartphone integration systems. If you want to add more, though, VW will sell you some of the same optional extras available elsewhere in the T-Roc range. Vienna leather upholstery is on offer, along with a Beats Audio sound package and sports suspension.

There’s no option of a four-wheel-drive drivetrain, but VW is offering a choice of 10 paint jobs to complement the black trim. Despite the name, the Black Edition’s palette isn’t all dark and dingy, with colours including Energetic Orange, Flash Red and Turmeric Yellow (seen above on the T-Roc R-Line) all in the offing.

“The T-Roc, with its focus on personalisation and individuality, already has abundant style,” said Claire Haynes, the T-Roc product manager at Volkswagen UK. “The Black Edition builds upon this, with its exclusive black-coloured trim and C-pillar decal adding an even more eye-catching edge to the funky T-Roc.

“Add to this a package of extra equipment that boosts value by over £2,000 and you’ve got a car that isn’t just appealing because of its looks but, because it’s a fantastic value package, is also a talented all-rounder.”