It reportedly has styling inspiration from the original 240Z.

The Nissan 400Z will allegedly pack 400 bhp from the twin-turbocharged 3.0-litre V6 in models like the Infiniti Q50 Red Sport, according to info from an insider source speaking to Allcarnews. It'll allegedly carry a starting price below $40,000 (approx. £32,800), too.

The 400Z allegedly rides on an updated platform from the existing 370Z. This makes sense given Nissan's current cost-saving strategy. Buyers would be able to select from a Nismo-tuned automatic gearbox or six-speed manual. Like every other iteration of the Z-car, it would be rear-wheel drive.

The rumour also offers some interesting details about how the 400Z might look. It's allegedly a modern take on the 240Z. The design reportedly doesn't even include Nissan's trademark V-shaped grille. Instead, there's a rectangular shape with the intercooler visible through it. The headlights have two LED halos around them. At the back, there's a fastback shape like for previous generations.

As further evidence that Nissan might give the 400Z a retro-inspired appearance, the company has a trademark for a new Z logo that looks a lot like the original.

More rumours about the Nissan 400Z: 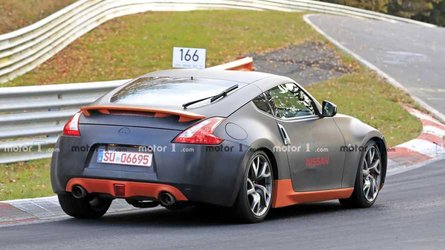 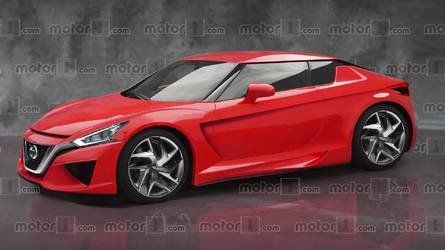 There's also a rumour of multiple powertrains being available. While the 400Z would have 400 bhp, there would allegedly be a range-topping 480Z with 480 hp available. Unlike previous models, the numbers in the model name would be a reference to the horsepower rating rather than the engine displacement.