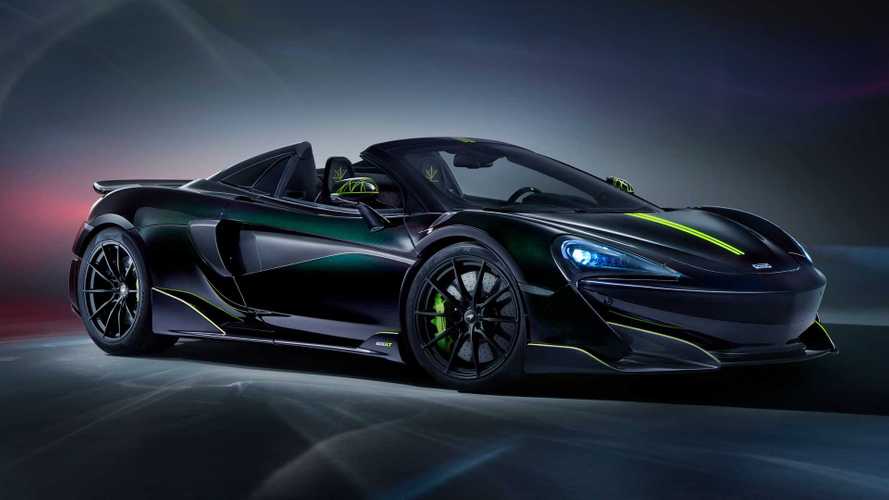 The final 12 versions of the open-top 600LT take inspiration from a venomous spider.

Retirement is almost always cause for celebration and commemoration. To wit: the McLaren 600LT Spider Segestria Borealis, an extremely rare creation by McLaren Special Operations that takes its inspiration from the sinister segestria florentina arachnid.

Nicknamed the “spider spider” by MSO, the design firm will apply the Segestria Borealis treatment to all 12 final examples of the open-top 600LT exclusively for the North American market. On sale now, the final-edition 600LT Spider carries a price of $275,500 (approx. £225,800 at the current exchange rate).

MSO starts with shimmering Borealis Black exterior paint, which pops in the light with green, purple, and dark red undertones, just like the iridescent black colouring of the venomous spider. Over that paint goes a pair of Napier Green stripes running from nose to tail over the top of the car, recalling the spider’s chelicera “fangs.” Napier Green finds its way onto the supercar's brake calipers and pinstripes on the rear diffuser, front wings/fenders, and side skirts. A motif that matches the segestria florentina’s chaotic, tube-shaped web appears on the spoiler and side mirrors.

Speaking of the interior, MSO gave it many of the exterior’s design themes. The black, Alcantara-trimmed bucket seats get bright green stitching and embroidered accents that match the irregular web pattern on the exterior. The Alcantara wheel’s 12-o’clock stripe is the same electrifying colour, as are the carpet bindings.