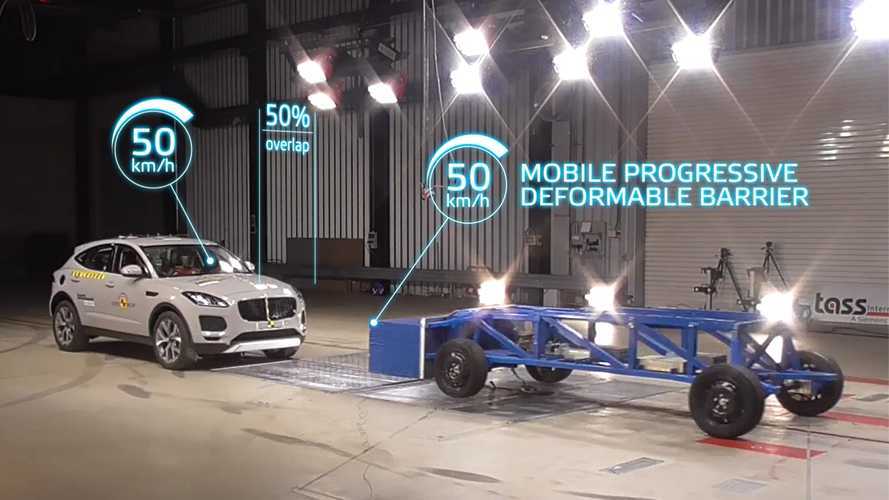 New tests will assess more driver assistance technology than before.

Euro NCAP, the organisation behind the European crash testing programme, has announced changes that make its test tougher and more stringent. The tweaks include new crash scenarios, as well as a new dummy and changes to the technology that is assessed.

Perhaps the largest change is the introduction of the new moving barrier dubbed Mobile Progressive Deformable Barrier for the moving car frontal test. Replacing the old barrier used for the past 23 years, the new test is capable of evaluating not only the protection of occupants inside the car, but also how cars’ front-end structures contribute to injuries in the car they collide with.

At the same time, Euro NCAP is bringing in a new mid-sized male crash test dummy, said to be the world’s most advanced. Dubbed Thor, the dummy will be used across the crash testing process, including the tweaked side impact test, which will incorporate assessment of far-side impact protection and the “potential interaction” between the driver and front-seat passenger.

Similarly, new test scenarios are being introduced to assess driver assistance technology, including autonomous emergency braking technology, which automatically applies the brakes if an impending collision is detected. The new test will assess systems’ ability to detect cars and vulnerable road users, including reversing situations and turning at a crossing. And Euro NCAP is also starting to look at driver status monitoring systems, which are designed to detect driver fatigue and distraction.

And post-crash assistance systems will also go under the microscope, with the International Association of Fire and Rescue Services drafted in to help Euro NCAP develop new rules. Under the new test, points will be awarded when “rescue information is accurate and easily available”, while the test will also look at ease of extrication, including door handles.

The changes are part of Euro NCAP’s biennial review of protocols. The organisation updates its tests to “toughen” its assessments, keeping the crash test in line with modern technology. However, executives have warned that the constant development makes it difficult to compare results from different years.

In a statement, Euro NCAP said: “The impact of these updates, as well some other minor changes, will be significant. Therefore, consumers must be careful when directly comparing the latest results with ratings from previous years. What stays the same is that only vehicles that perform excellently in crash protection, post-crash and crash avoidance - and the ones that car buyers should look out for - will achieve the top ‘five-star’ rating.”