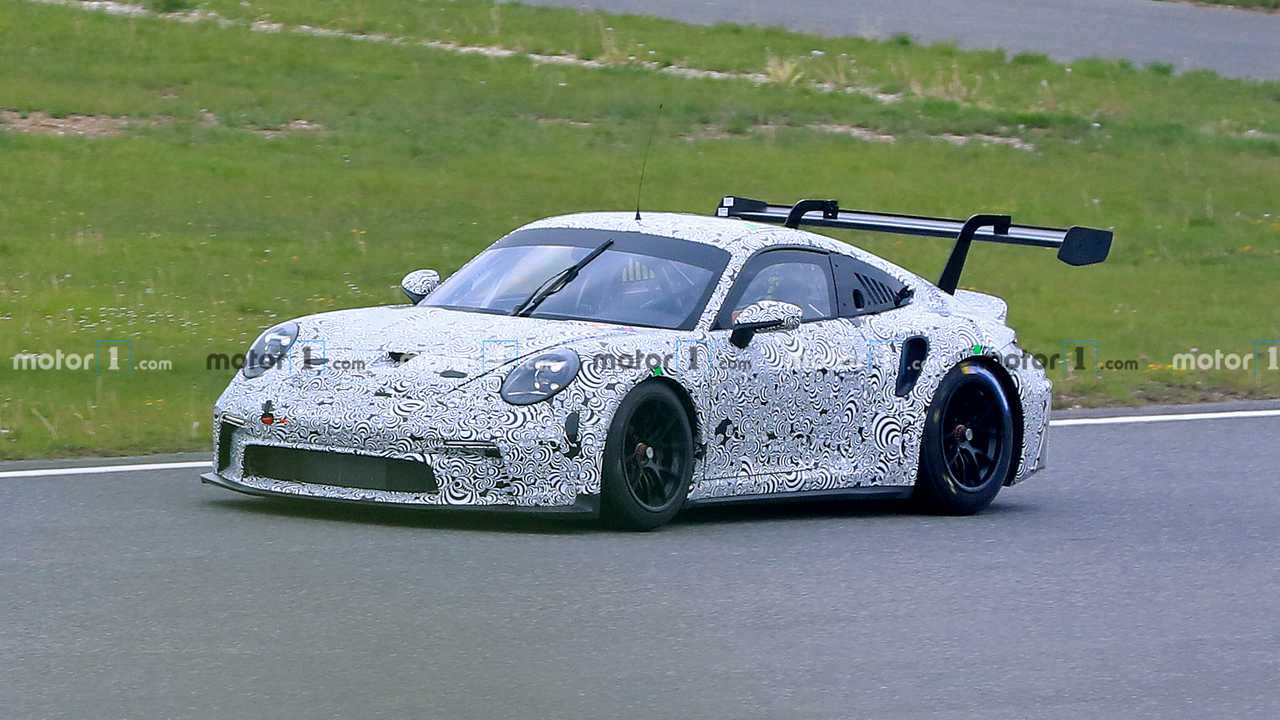 Porsche gets ready to race.

There's not a whole lot of professional racing happening right now – at least outside of the virtual world. The on-track action has to return eventually, and Porsche makes sure it's ready to compete by developing what might be the new 911 GT3 R. These spy shots offer a glimpse of the upcoming machine on the Nürburgring grand prix circuit.

In comparison to spy shots of the 911 GT3 road car, the race car has a very similar lower fascia design that has a large central opening and smaller inlets in the corners. The bonnet styling is different though by having two rear-facing slits on the road-going variant as opposed to a centre-mounted opening on the competition model.

Along the side, the racer has the inlets in the wings/fenders like on the current 911 Turbo. The openings aren't on the road-going version of the 911 GT3, at least in spy shots from its development.

More of the new GT3:

Porsche 911 GT3 spied with less camouflage on the Nürburgring

At the back, the GT3 R's spoiler is even larger than what we are seeing on the standard GT3. The huge piece makes sense for a vehicle that needs to compete on the track. The company covers up the rear bumper. A pair of exhausts come out of the centre.

While our spies believe this is the GT3 R, the vehicle doesn't look nearly as aggressive as the current model (see comparison above). The blend of design elements from the road-going GT3 and competition elements could mean that this is actually the slightly milder 911 GT3 Cup.

With no racing going on, Porsche doesn't have to be in much of a hurry with this vehicle's development. We expect the road-going GT3 to debut before the end of the year. The racer should arrive a little later.