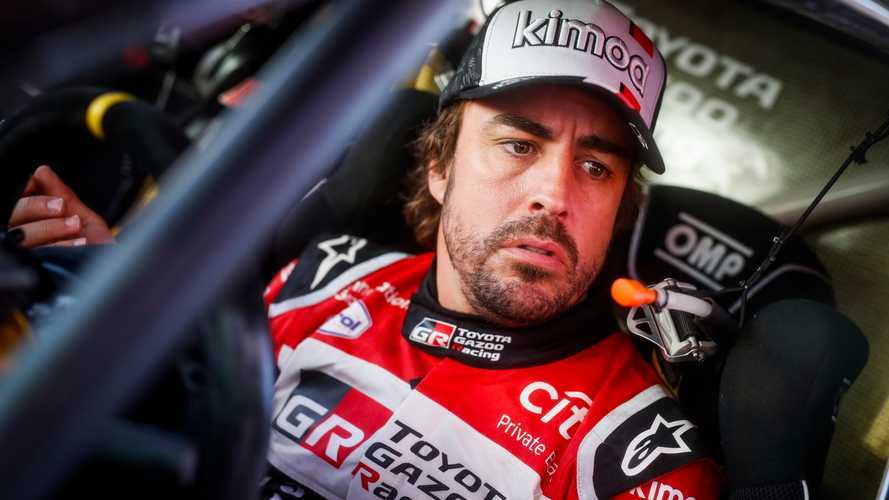 Fernando Alonso has "detoxed" himself with a year away from Formula 1 and is fully fired up for a return in 2021 if anyone wants him, says his manager Flavio Briatore.

Alonso's hopes of a much talked about comeback in 2021 have been boosted by the recent driver market shuffle, with a clear vacancy at Renault now that Daniel Ricciardo is on his way to McLaren.

But while the future of all F1's manufacturers cannot be guaranteed amid the impact of the coronavirus pandemic, Renault is likely to set its sights on top-line talent if it gets the green light to continue.

Alonso achieved the best success of his career with Renault, winning the world titles in 2005 and 2006, and the team appears to be his best hope of finding a competitive seat if he does come back.

Briatore warned Alonso that Hamilton was in Dennis' 'pocket'

Alonso no longer a McLaren ambassador

Alonso hits back at 'self-centred' suggestions

Speaking to Gazzetta dello Sport about the possibility, Briatore said: "Fernando is motivated. A year out of Formula 1 has done him good. He has detoxed himself and I see him more serene and ready to return."

Looking at the shock change at Ferrari, Briatore reckoned the team found itself forced to make a difficult decision about Sebastian Vettel because Charles Leclerc had proved faster than expected.

"In F1 it has always been about having the winning recipe," he said. "You must have one driver who is focused on the world championship and the other who collects big points, snatching them from rivals.

"Vettel paid for the fact that a very fast boy arrived at the team. It surprised him and the team, as happened at McLaren with [Lewis] Hamilton [in 2007]. Two drivers at the same level in a team eventually risk taking points off each other."

Reflecting on the changes elsewhere in the driver market, Briatore said that Ferrari's decision to take Carlos Sainz rather than continue with Vettel was evidence that the outfit was throwing all is efforts behind Leclerc.

"He [Sainz] is a good driver, and he had a good championship in 2019 if we consider the car he had available.

"The situation seems clear to me: Ferrari is betting everything on Leclerc and it is good because, as I had the opportunity to say last year, he is a future star. Similarities with Alonso and Schumacher? You can see the good drivers right away.

"I remember well the numbers that Michael did, even if he was still very young, with Benetton. There were also the calls from Giancarlo Minardi to tell me about the young Alonso. You understand immediately if one is special, and Charles is."