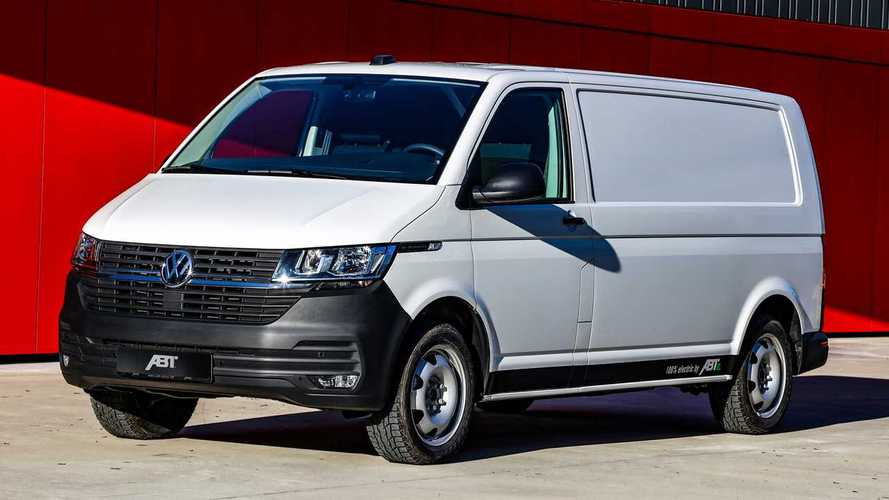 Yup, the Abt eTransporter 6.1 will not come cheap.

The new Abt eTransporter 6.1 will be Volkswagen’s first electric van to arrive in the UK, the German manufacturer has announced. Priced at £42,060 before VAT, the vehicle will offer a zero-emission range of up to 82 miles, while the maximum payload will be just over one tonne.

That’s made possible by the 37 kWh battery that nestles under the floor of the load bay. Placed there to avoid impinging on load space, the system offers rapid charging capability. That means charging to 80 percent can take 45 minutes from a 50 kWh rapid charger, while filling the battery from a 7 kW domestic wallbox would take five-and-a-half hours.

Officially speaking, that electricity will feed an electric motor with 111 bhp, but the standard drive mode will only make 75 percent of that power available at first. Not until the driver plants their right foot and triggers the modified automatic gearbox’s ‘kickdown’ function will the full might of the motor be unleashed.

That system, combined with a regenerative braking system that harvests energy while the van is decelerating, is designed to improve range. The vehicle can gather the energy normally wasted while slowing and redeploy it when it moves off again, effectively increasing the total range.

However, the van may not have the performance some may expect from tuning firm Abt. The company may have kick-started a Formula-e team, but the eTransporter will still only manage 0-62 mph in 17.4 seconds.

But the eTransporter is a van, and Abt has tried to make it as practical as possible with a 6.7-cubic-metre load space and a payload of 1,001 kg. That space is much the same as the diesel-powered Transporter on which the electric version is based, while the payload is more or less on a par, too.

The eTransporter also benefits from a similar range of configurations to its internal combustion-powered siblings. The standard vehicle is the conventional panel van, but there will also be a Kombi crew van version that adds seats and windows at the rear.

And there’s a choice of two trim levels, too. The basic vehicle comes with a 6.5-inch touchscreen and four loudspeakers, as well as Bluetooth connectivity. However, the more luxurious Advance model boasts 17-inch alloy wheels, automatic LED headlights and rain-sensing windscreen wipers. It gets front and rear parking sensors, too, but it costs £3,300 more than the standard model - and that’s before you consider VAT.