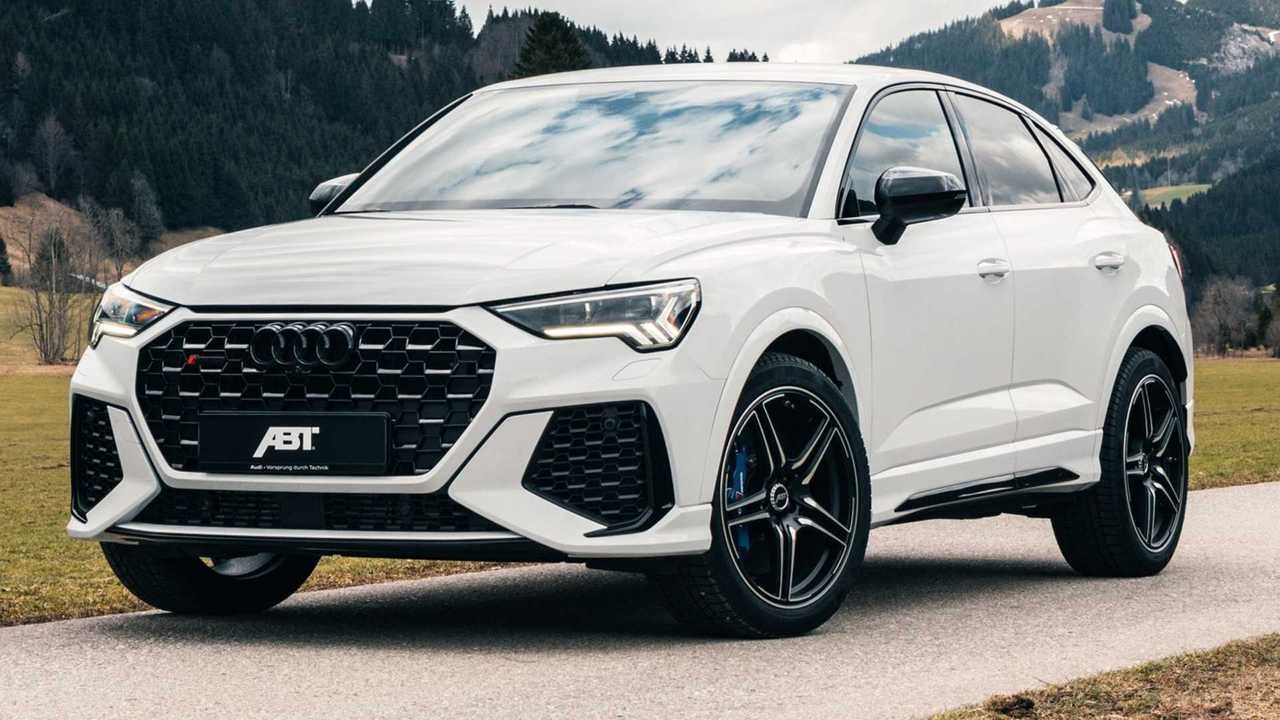 The inline-five engine gets a 10-percent power hike.

It’s safe to say ABT is quite happy with Audi Sport’s decision to expand its portfolio as that means more business for the tuner. One of the recent entries into the ever-growing lineup is the RS Q3 Sportback, a compact crossover suffering from a multiple personality disorder by trying to pass off as a coupe. While the vehicle’s shape is questionable, you probably won’t find anyone complaining about what’s under the bonnet.

The inline-five engine is a dying breed and quite the rarity in the car industry nowadays, so we’re happy Audi is still installing the 2.5 TFSI in the RS3, TT RS, and the RS Q3. The tuners at ABT have been working on this engine for a while, so it comes as no surprise they’re now announcing an upgrade program tailored to the latest RS Sportback.

Get up to speed with ABT:

ABT also made some changes on the outside by replacing the OEM wheels with its own 20-inch set. The wide spacing of the spokes has allowed the tuner to shave off some weight while boosting the visual appeal as the brake calipers are now more visible than before. At an additional cost, a bigger 21-inch set can be ordered.