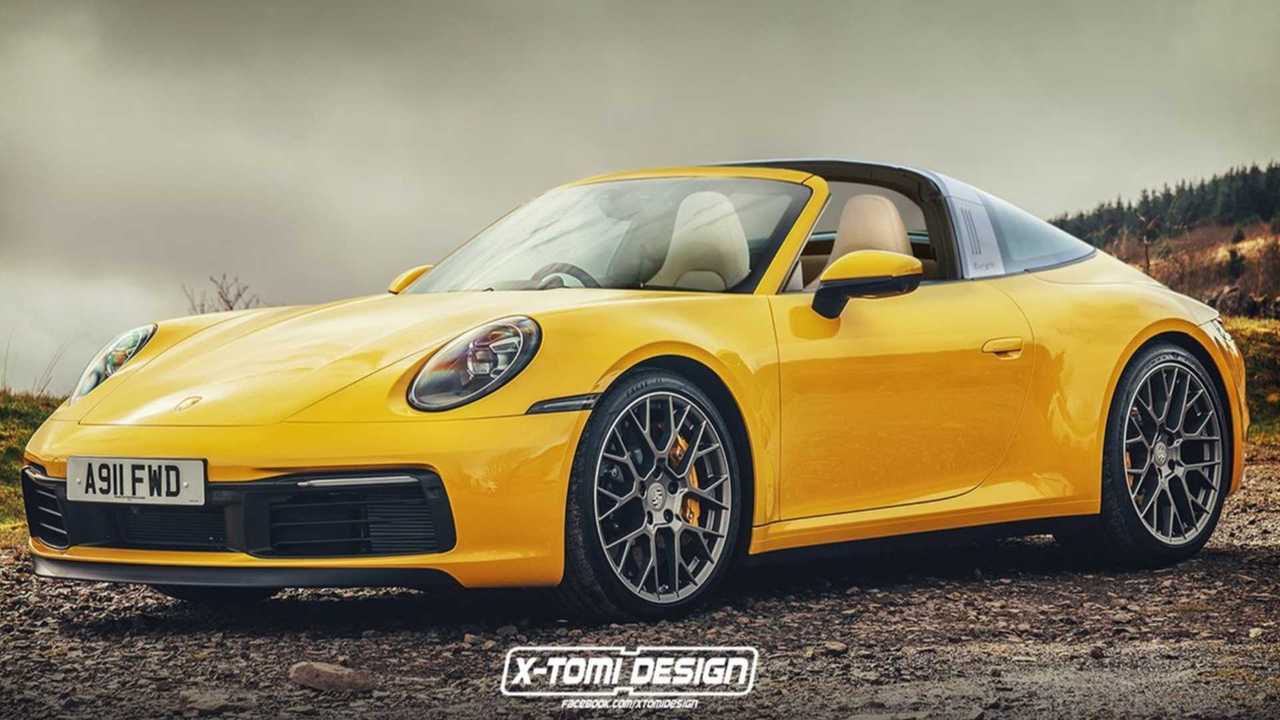 The actual new 911 Targa probably looks a whole lot like this.

The new generation of the Porsche 911 Targa will debut on May 18. Seeing spy shots of the open-roofed model's development for over a year, give us a good idea of what to expect from the vehicle's design. This rendering from X-Tomi Design also seems like a very accurate hypothesis about the latest Targa's look.

From the images so far, it appears that the 992-generation 911 Targa uses a roof mechanism that's very similar, if not identical, to the previous model. The operation has the rear portion of the greenhouse tilting back and slightly upward. Then, the part of the roof over the driver slides the top into the open area. The rear panel then returns to its original location, allowing for roofless motoring.

Porsche 911 Targa spied in the Arctic with a snowy backside

The rest of the styling is the same as the 992-generation Carrera. There's even still an active rear spoiler on the deck that can adjust as the vehicle's speed changes. Similarly, most of the cabin would be identical, except for the necessary changes that allow for the different roof structure.

Look for the Targa to debut with the same powertrain as the Carrera S. This setup would give it a twin-turbo 3.0-litre flat-six making 443 bhp. As of the 2020 model year, this engine comes with either a seven-speed manual transmission or eight-speed dual-clutch gearbox. The Targa should be available with rear- or all-wheel drive. It's not currently clear whether this variant would also arrive with the base Carrera's setup with 379 bhp.

Spy shots suggest there Porsche might have a GTS variant of the Targa under development. It would offer even more performance, including a version of the flat-six with an output over 460 bhp. Don't expect to see this version at the Targa's unveiling on May 18, though.