Just when you thought Ken Block couldn’t get any cooler, he takes parenting to a new level of brilliance. Say hello to Lia, Block’s 13-year-old daughter and future hoon-in-the-making. Actually, she already has some racing success under her belt, with podium finishes driving UTVs in the Lucas Off-Road Racing Series.

The above video also includes a clip of a very young Lia drifting a Power Wheels Mustang, but to spare her a bit of embarrassment, we won’t screencap that portion of the clip.

However, we absolutely will grab a few screenshots of Lia thoroughly slaying tyres behind the wheel of her dad’s gymkhana Escort. This is her first experience in the car, and in fact, the elder Block claims she only learned to drive a manual transmission three days prior to this outing. We can’t speak for everyone, but for your humble author, three days after learning to drive a manual he was still learning to drive it. If we sound a bit envious, it’s because we are. And admit it – so are you.

We’re also seriously impressed. Block says his Escort is the easiest of his cars to drive but that’s like saying Ultron is the easiest Avengers villain to kill. It makes 355 naturally aspirated horsepower and spins to a stratospheric 9,000 RPM, which requires some serious aggression on the go-pedal to keep the car on boil. It also has a racing clutch, racing brakes, a big handbrake, and if you think it’s easy managing three pedals with two levers and a steering wheel all at once, you’ve never actually driven a car like this.

Life according to Block: 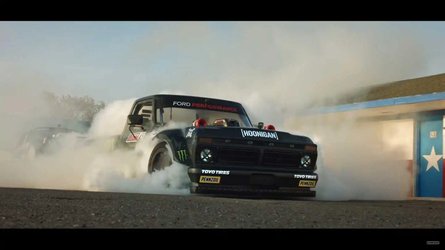 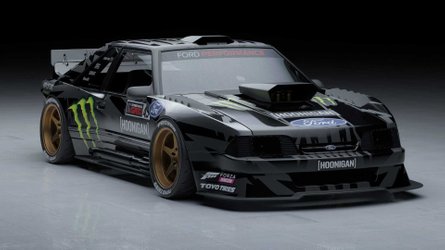 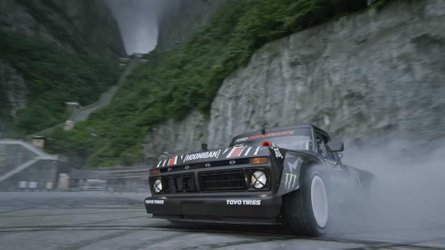 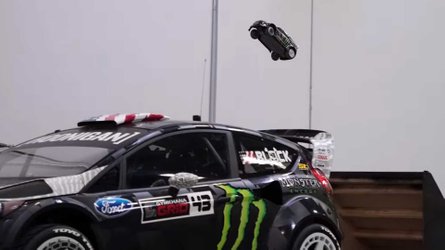 Clearly, Lia has some legitimate skill. With an empty stretch of tarmac at Utah Motorsports Campus at her disposal, she ventured out first in the passenger seat with dad showing her the basics. From there it’s all Lia, and we aren’t going to be the least bit shy about this – the father-daughter interaction is just as heartwarming as the billowing clouds of tyre smoke from the Escort’s rear hides. When Lia brings everything together for multiple opposite-lock pirouettes around the orange cone, we were cheering nearly as much as her dad in the passenger seat.