Will there be or won’t there be an M4 Gran Coupe?

We just posted about two new videos showing the hotter BMW M4 and M440i Coupes attacking the Nürburgring, and we expect BMW to reveal the redesigned 4 Series as soon as next month. But that’s just the beginning.

After the coupes and convertibles get paraded in front of the press and public, we’ll see the most practical version arrive – the BMW 4 Series Gran Coupe. We first caught the 4 Series Gran Coupe back in September, and, sadly, the latest photos don’t reveal much more that what we already saw.

The new shots still have the BMW covered in camouflage with a bit of cladding at the front, hiding the large kidney grille we know is there. It looks a lot like the BMW i4 because both will ride on BMW’s CLAR modular architecture. The styling should be like that of the two-door and drop-top versions, though elongated to accommodate the extra two doors and additional legroom. 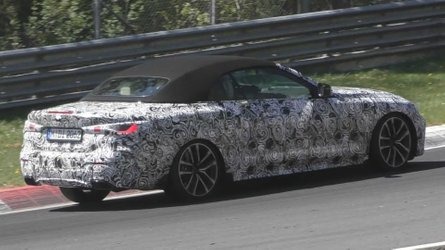 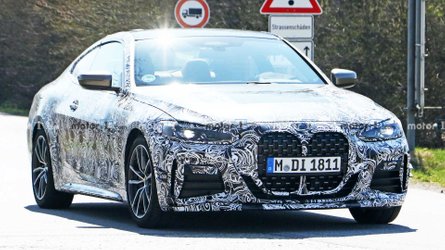 Inside, it’ll share an interior with the 3 Series, and it’s likely not the only thing shared between the two. The 4 Series Gran Coupe will also pillage the 3 Series for a range of powertrains. A rumour that just won’t die is that BMW will also launch an M4 Gran Coupe, which could find the automaker’s turbocharged 3.0-litre inline-six under the bonnet, producing up to least 503 bhp (375 kilowatts).

While the 4 Series Gran Coupe looks ready for production, we likely won’t see it for several more months. We’re supposed to see the regular, two-door 4 Series sometime next month, though it’s unclear if the coronavirus pandemic has thrown a wrench into BMW’s reveal schedule – the company hasn’t said. Even then, we don’t expect the new 4 Series Gran Coupe to arrive until 2021. The possibility of a performance M4 Gran Coupe excites us, though the all-electric i4 sounds enticing, too.