The large rear doors suggest this is the long-wheelbase model.

Even if the Land Rover Range Rover didn't create the luxury SUV segment, the model certainly helped popularise these high-end haulers. A new generation is finally on the way after the existing version's debut way back in 2012. These spy shots offer a great look at the next-gen model, including putting it next to the latest Defender.

While Land Rover's camouflage conceals the design details, it's clear that the new Range Rover retains a familiar aesthetic to the current one. There continues to be a muscular body with a few curves at the edges to keep the vehicle from looking too boxy.

In front, there's a broad rectangular grille and smaller rectangular headlights attach to its upper corners. A broad, mostly flat bonnet has a clamshell design that wraps around to the wing/fenders. 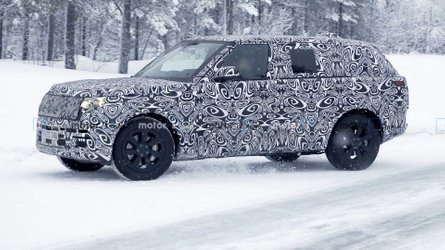 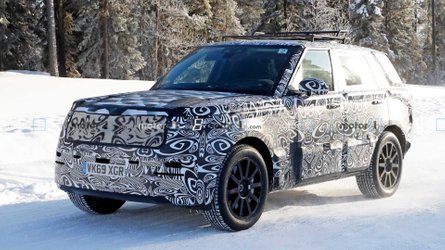 Along the side, the new Range Rover has a very similar silhouette to the existing one. The large rear doors are the best indication that this might be the long-wheelbase version of the model. At the back, there's quite a large roof spoiler that hangs over the rear window.

The new Range Rover and Range Rover Sport will ride on Land Rover's Modular Longitudinal Architecture. This aluminium-intensive platform will let the models lose weight, despite remaining roughly the same size. It'll support a wide range of powerplants, including fully electric versions. A mild hybrid six-cylinder diesel will also reportedly join the range as a replacement for the existing 4.4-litre V8 diesel.

The new Range Rover and Range Rover Sport will reportedly debut in 2021. With a while to go before the unveiling, expect to see the engineers strip camouflage off the body in the months to come.