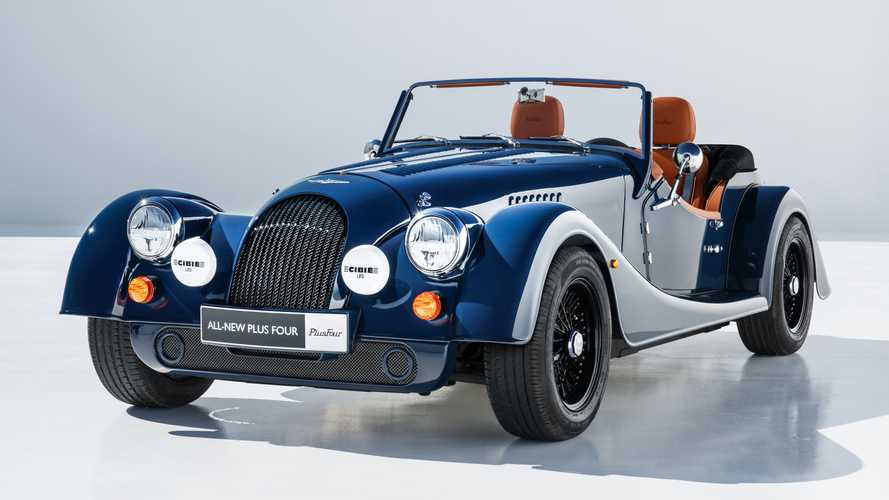 The money will go to good causes in the UK.

Morgan’s Plus Four giveaway for BBC Children in Need and Comic Relief raised a whopping £1.39 million, the company has confirmed. The brand-new roadster was raffled as part of the BBC’s ‘Big Night In’ appeal, and the money raised will be matched by the government.

The money raised will be split between Comic Relief and Children in Need, which will use it to support a range of charities and projects in the UK. With the coronavirus crisis continuing, the funds will be used for schemes including mental health support, providing food and shelter, and helping people stay active during the lockdown.

More on the new Morgan Plus Four:

The unnamed winner, who was said to be “delighted and overwhelmed” to have won the car, will be able to visit the Morgan factory in Malvern, Worcestershire, when the lockdown restrictions are lifted. They will be able to bring some friends and family to see how the cars are built, before being allowed to choose their car’s final specification. And once the car is delivered, Morgan has promised to cover the first year’s tax and insurance, as well as two years of servicing.

Priced at £62,995 before options, the Plus Four is the latest addition to the Morgan stable, having been revealed just a couple of months ago. Under the skin, it’s based on the brand’s latest CX-Generation bonded aluminium architecture, which weighs just 97 kg. A 2-litre turbocharged BMW engine provides 255 bhp, getting the car from a standstill to 62 mph in less than five seconds. The top speed is 149 mph, and the winner will have the chance to choose a manual or automatic gearbox.

“The amount raised exceeded the figure that we’d hoped to achieve, and we feel proud to have been able to help towards the relief efforts in such a way. We look forward to welcoming the winner to Malvern to specify their new car and watch it being built. Our team in Malvern is working hard to continue to help contribute to the relief efforts, and we would like to take this opportunity to once again thank all of the key workers around the world for their incredible work to keep us all safe.”