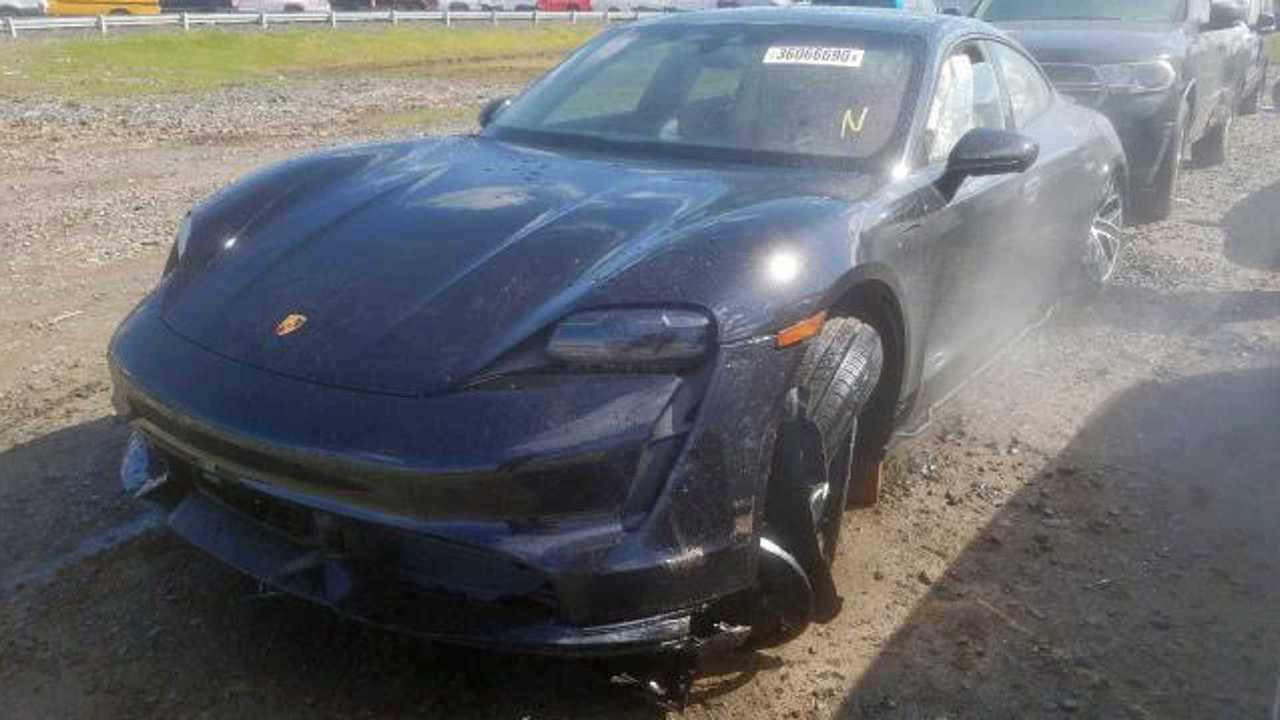 We'd love to know the whole story behind this Taycan's crash.

If you love the looks of the Porsche Taycan but wish it had a different powertrain, then this upcoming auction on Copart for a wrecked example of the German brand's EV might be something to check out. The body damage is predominantly at the front, but the listing indicates that most of the harm is actually to the undercarriage. Unfortunately, there are no photos showing this area.

There doesn't appear to be much damage to the front fascia, but the driver side front wheel is destroyed. The tyre is hanging off the passenger side. Plus, the camber of the passenger side wheel suggests serious issues with the suspension. Copart lists the seller of this car as State Farm Insurance, so the damage to the Taycan is apparently severe enough that the company doesn't see a reason to repair the problems.

Inside, whatever happened was forceful enough to cause the side airbag to deploy. There doesn't appear to be any serious damage in there, though. The person who wins this auction would at least be able to salvage the seats.

From looking at the pictures, the Taycan driver must have hit something with a very lower profile but also an obstruction that didn't simply move out of the way. Something like a low curb could be the culprit.

Copart lists the retail value of this car as $167,865 (approx £137,420). For reference, the Taycan Turbo's base price is £115,858 in the United Kingdom, which suggests this one has a few extra options. The page says this is an "Upcoming Lot" and doesn't list the time for the auction.

Porsche began Tayan deliveries in December in the U.S. We don't know how long this one was on the road before the accident that left the EV in a junkyard, but it was only a few months at most.