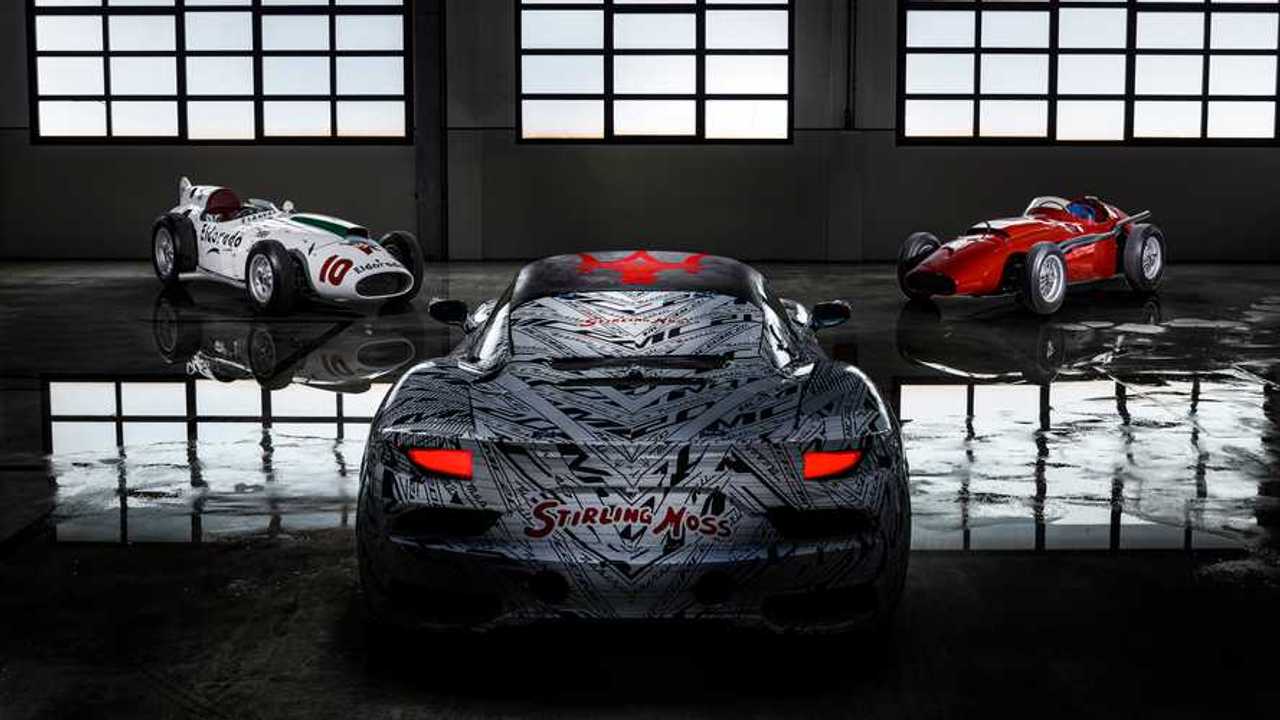 The racing legend had a long association with the brand.

Maserati has dedicated a prototype of its upcoming MC20 sports car to the memory of the late British motorsport great, Sir Stirling Moss.

Moss raced numerous Maseratis throughout his long career and claimed two of his 16 Formula 1 Grands Prix victories for the brand, driving the iconic 250F, a car that he reportedly declared his 'favourite' Grand Prix racer. Other Maseratis driven by Moss during his career include the Tipo 60 Birdcage, Tipo 61, and 300 S.

More on the Maserati MC20

Is this what the Maserati MC20 will look like?

Maserati MC20 allegedly getting over 600 bhp from twin-turbo V6

The announcement of the Moss-inspired prototype came 64 years to the day since Moss' first Maserati Grand Prix victory at the Monaco Grand Prix, a dominant performance in which he led all 100 laps of the race.

The design of the prototype however is inspired by the Maserati Eldorado that Moss raced in 1958 at the Trofeo dei due Mondi.

"Through this MC20 prototype with Stirling Moss's 'signature', Maserati wishes to commemorate one of the greatest names in the annals of world motorsports, who wrote some of the finest pages in its own racing history," Maserati said in a press release.

The Moss prototype isn't the only link between the new MC20 and the track. Maserati intends to use it as a basis for a racing car which will see the brand return to international competition fort he first time since the MC12 won its final world title in 2010.

In the GT1 category, the MC12 claimed six drivers' and teams' crowns and two constructors titles, winning a remarkable 40 races.

The MC20 is also the brand's first mid-engined road car sine the MC12, and will be the first car made by the brand to utilise a new engine completely developed in-house by Maserati, rather than having support from Ferrari.