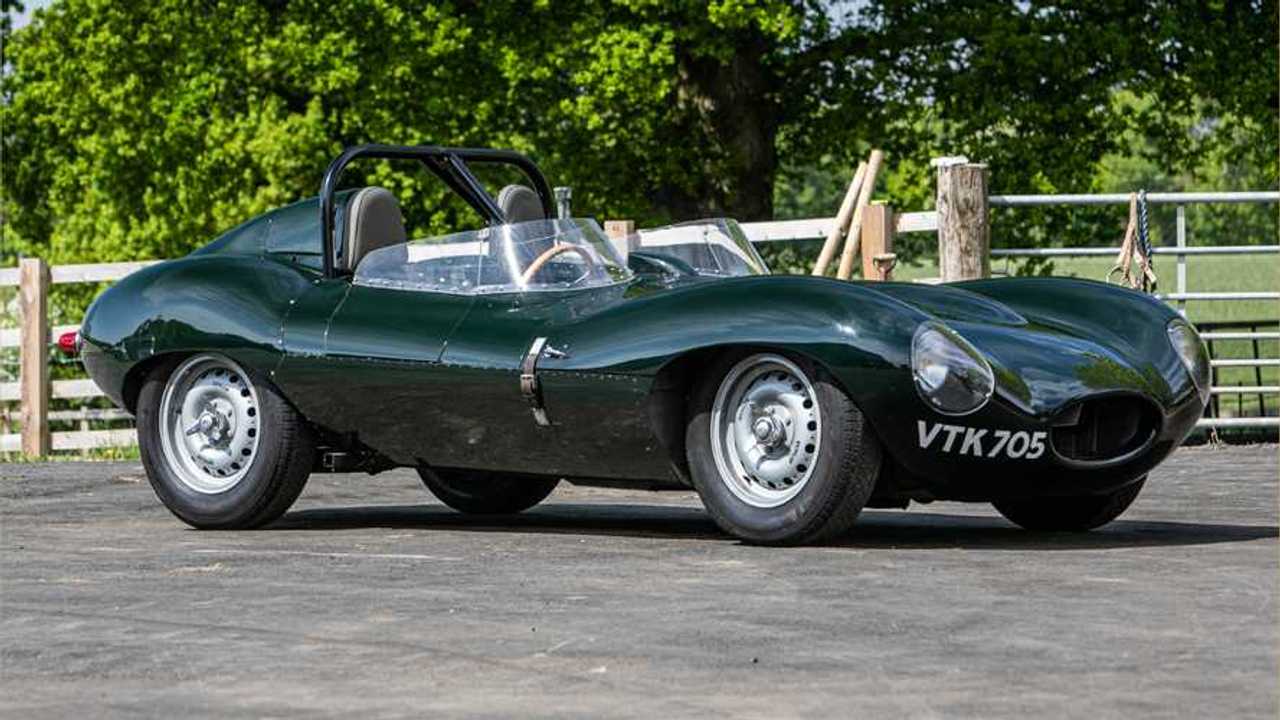 It's one of several unusual vehicles being offered.

A like-for-like copy of the iconic Jaguar D-Type headlines an unusual collection of cars being sold online by Silverstone Auctions on May 23.

The D-Type recreation was the handiwork of two specialist engineers that spent over two years looking at drawings and rare parts to create the most accurate replica of the legendary racer.

The tool-room copy comes complete with with FIA papers and a road registration, and is expected to fetch £225,000 to £275,000, presenting a rare opportunity to acquire such a historic car but at a fraction of the cost of an original.

Also being offered is a 1964 Citroen ID19 Safari, built in Slough and maintained to the highest standard since. From 1999 it underwent an extensive restoration and repaint, before finding its current home in 2014. The car, complete with Citroen's legendary hydropneumatic self-levelling suspension, is expected to fetch £15,000 to £18,000.

A full list of the collection being offered by Silverstone Auctions is as follows:

"This is a very unusual collection of cars with some lovely rarities. Not all of the Lots have estimates, some are being offered at No Reserve," said Nick Whale, Silverstone Auctions managing director. "The Peugeot 202 Canadienne Woodie is particularly rare, as is the Ford Granada, a 3.0 litre XL Coupe which was never available in the UK."

"There is also a Rolls-Royce Silver Spirit and a Corniche, both great opportunities to own and after a bit of detailing would provide the new owner with a lot of pleasure."

All the cars are currently at a Silverstone Auctions storage facility, but one-to-one viewings can be arranged in line with government guidelines.