Audi looks back at its hybrid trailblazers 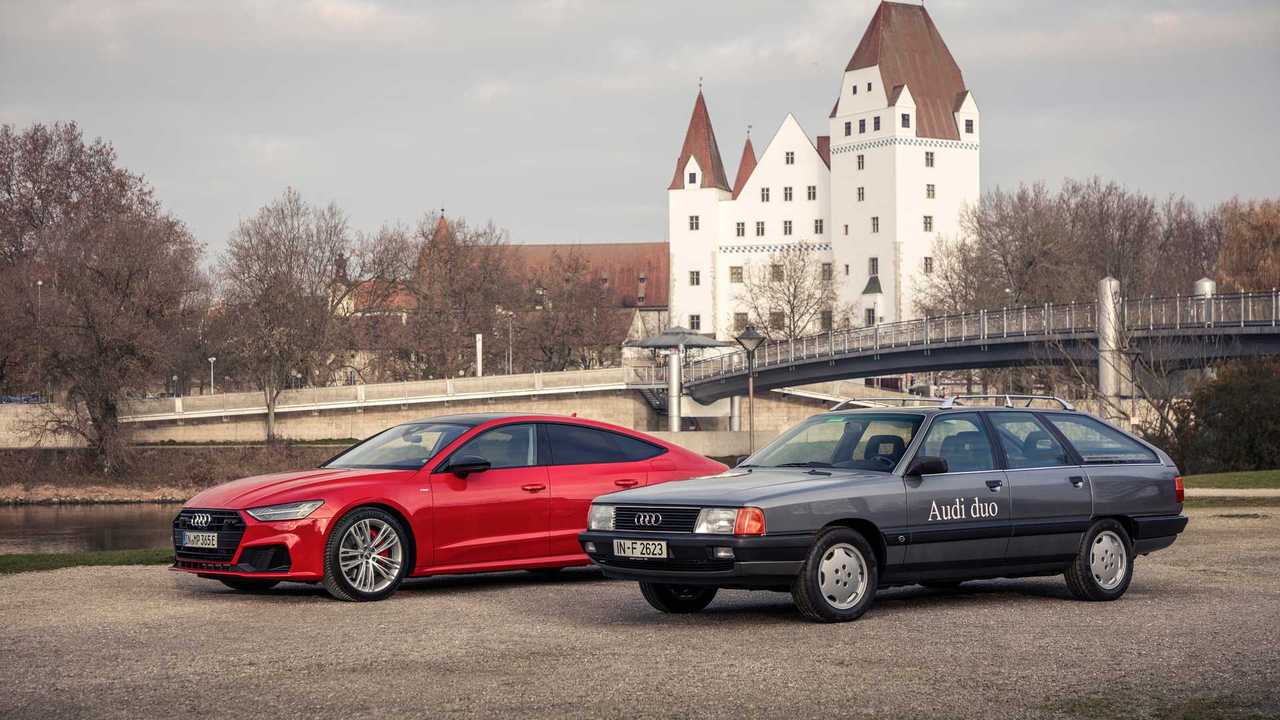 The German carmaker first introduced a hybrid over 30 years ago.

As Audi gears up for the launch of its third all-electric car, the e-tron GT, the German manufacturer is looking back at the hybrid models which paved the way.

Its very first hybrid model, the 100 Avant quattro Duo, arrived more than 30 years ago, long before plug-in technology or Formula 1-derived regenerative braking became the norm in road cars – or even racing cars.

The Duo experimental vehicle was first shown at the 1989 Geneva motor show, and featured a 134 bhp, 2.3-litre five-cylinder petrol engine powering the front wheels, with a 12 bhp Siemens electric motor powered by a nickel-cadmium battery mounted underneath the boot floor driving the rear axle. The car even had a solar panel roof to help with batter charging.

Only 10 were made, each being used for a pioneering pilot scheme, with full production never happening.

That short run of cars was followed by a new model, the Duo based on the Audi 100 Avant in 1991, and then in 1997 Audi put an A4 Avant-based Duo hybrid into production, becoming the first European carmaker to put such a vehicle into series production.

It mated an 89 bhp 1.9-litre turbodiesel and a 29 bhp water-cooled electric motor, powered by a lead gelatin battery that was mounted in the rear of the car, but like the engine, powered the front wheels only.

On electric power alone, the A4 Avant Duo could reach 50mph, that benchmark increasing to 106 mph with the application of diesel power.

While the A4 Avant Duo was put into production, being so far ahead of its time, it didn't sell all that well. It did however set a precedent, paving the way for Audi hydrid and electric models that the carmaker would introduce in the years since.

Audi is currently embarking on its most ambitious roll out of new models in its history. Five plug-in hybrid versions of core models made their world debuts during 2019 while the first of three all-electric models, the e-tron SUV also joined the range. Two more, the e-tron Sportback and e-tron GT sports car will be launched by the end of this year.