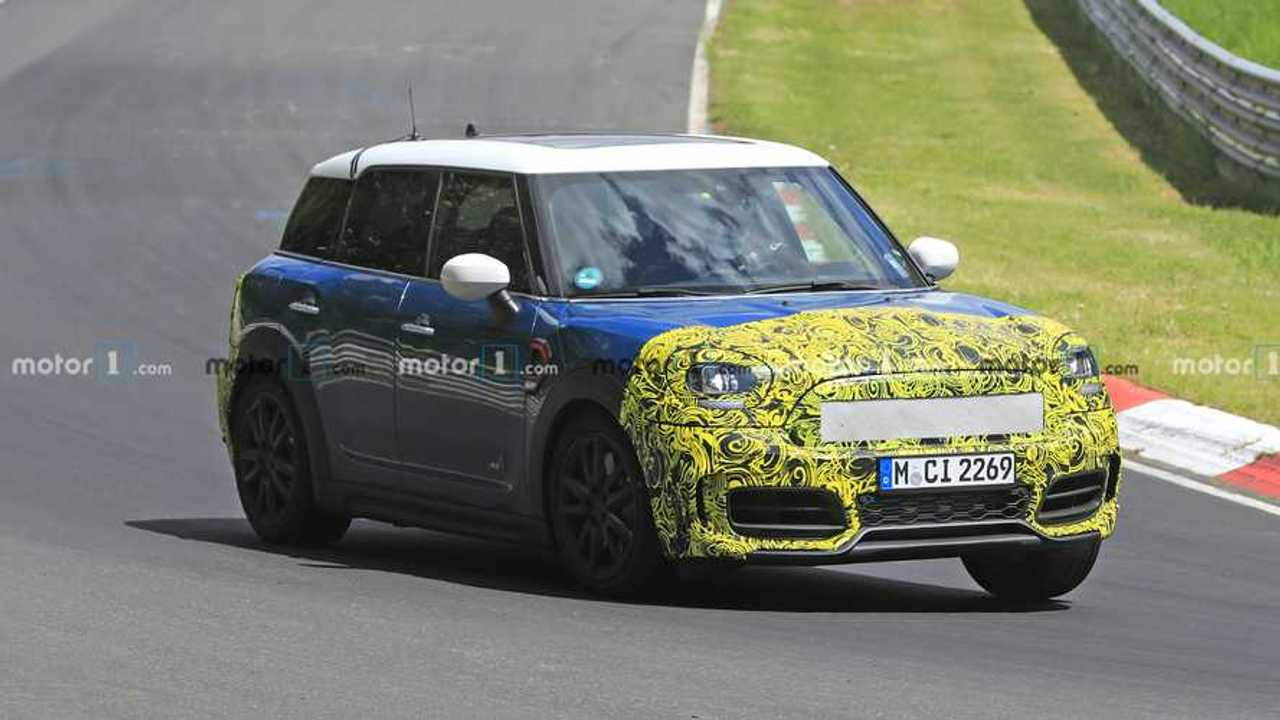 Expect the Audi Q2 rival's reveal in the months to come.

To say that Mini is taking its time before revealing the refreshed Countryman would be an understatement. It has been more than a year already since the British marque has started sending out prototype testings and of course, our spy photographers have spotted them while doing so.

This latest sighting of the Countryman is unlike before, though. The Audi Q2 rival was spotted testing at the Nurburgring under front and rear wraps to conceal the expected changes to its fascia.

However, the camo wraps are a bit pointless at this point. Previous spy shots reveal the minute changes done to the styling, specifically at the rear with the now-trendy Union Jack taillights, which can be seen on other recent Mini models. A faux-diffuser and dual exhaust tips are both in order, while the headlights up front seem to be updated but not too much.

Interior updates are also expected in the facelifted Countryman, with a fully-digital instrument cluster and touch-sensitive centre console seen on previous spy images.

Engine choices should remain since this is just a facelift, which include the 136-bhp 1.5-litre three-cylinder petrol, the 190-bhp four-cylinder, and the new 306-bhp 2.0-litre.

We've spotted the Mini crossover before:

As for the diesel, there have been reports that mild-hybrid tech is on the table in order to reduce the fleet average CO2 emissions of the marque, but nothing is confirmed at this point. Expect more details about the Mini crossover as its debut draw near, which will be in the months to come.