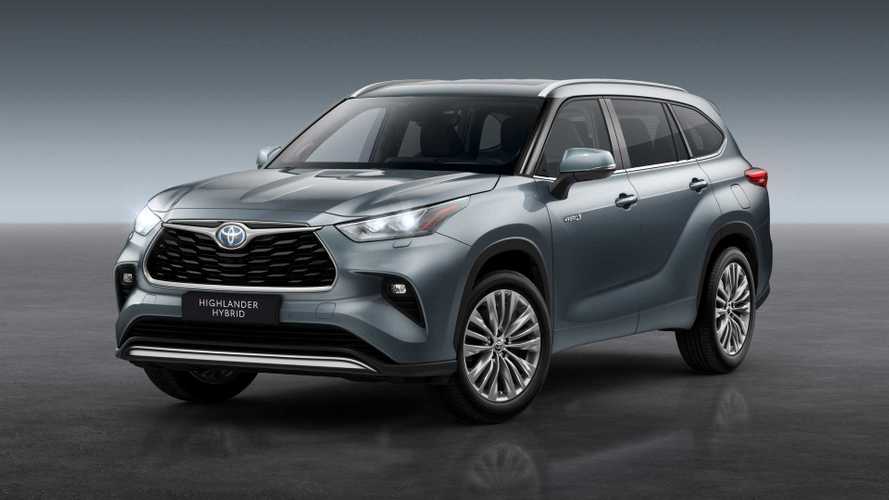 It's the first time the model has come to these shores.

Toyota’s seven-seat Highlander SUV will make its UK debut at the beginning of next year. Although the model will be familiar to American readers, 2021 will see it go on sale in western Europe for the first time, sitting between the RAV4 at the Land Cruiser in Toyota’s SUV line-up.

Available solely as a four-wheel-drive hybrid, the Highlander will use the same underpinnings as the Camry saloon - another recent arrival in the UK. At just under five metres in length, the Highlander will be a full foot longer than the RAV4, and will provide the ability to accommodate seven people.

As well as passenger-carrying capability, Toyota is also promising plenty of space for luggage. The boot will measure 658 litres, making it around 80 litres larger than that of the RAV4. And if you fold down the second row of seats, you get 1,909 litres of space. That’s more than you get from a BMW X5.

Despite the fact Toyota has not yet announced full UK pricing or specifications, the company has confirmed a range of “premium features” will be available. Satellite navigation, a head-up display and wireless phone charging will all be on offer, while ventilated front seats will also feature.

Perhaps more striking, though, is the promise of a digital rear-view mirror, which uses a camera to provide a “wide image”. The image in question will also be unobscured by rear passengers or headrests, helping to improve rear visibility.

The usual safety accoutrements can be expected, too. Toyota says the Highlander will be offered with a “pre-collision system” that includes active steering assistance, in a bid to help the driver to avoid crashes. The system will be able to detect pedestrians regardless of the time of day, while it will be able to spot cyclists in the daylight. Other features will include “full-range” adaptive cruise control, a lane departure alert and automatic high beam headlights that dip when an oncoming vehicle is detected.

All this will be hauled from A to B by a 2.5-litre petrol engine with hybrid assistance. Using electric motors at the front and rear, the car is expected to send 241 bhp to all four wheels. The battery will be located under the floor, and its power will enable the Highlander to return more than 40 mpg on the official WLTP economy test.

Full pricing and economy data have not yet been confirmed, but the details are expected a little closer to the Highlander’s arrival date at the beginning of next year. Although the provisional data released by Toyota seems likely to be accurate, changes are always possible.