AA calls for pothole repairs while roads are still quiet 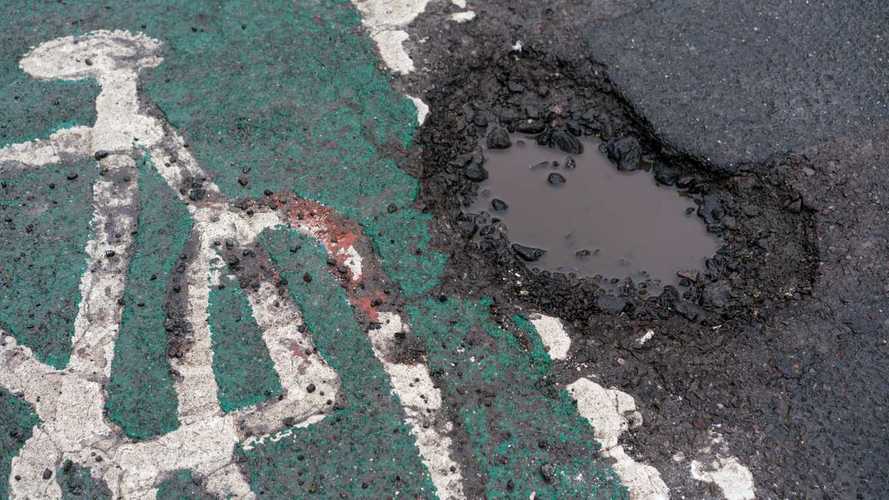 The organisation says reduced traffic gives the councils an opportunity to fix the roads.

Councils should fill in potholes while the coronavirus lockdown is keeping the roads quiet, according to the AA. The motoring organisation says the lower volume of traffic found during social distancing could be a “good opportunity” for councils to sort out the UK’s awful asphalt.

According to the AA, the lockdown has largely cut traffic numbers. Research published by the organisation almost a month ago showed traffic weekday traffic levels were down by 60 percent compared with the levels seen before lockdown. And although government data has shown a small uplift in motor vehicle traffic since then, the roads are still much quieter than they were before lockdown was imposed on March 23.

More on the UK's pothole problems:

Pothole-related breakdowns rocketed at the start of 2020, says RAC

Despite this, the company still thinks the problem of potholes is in the public eye. Potholes and fly-tipping, it claims, have consistently numbered among the most commonly reported street defects reported to apps and websites.

In part, it says that could be because lockdown has seen people come into closer contact with the potholes on their local roads - roads that are often less well-funded than major arterial routes. This, the AA says, has meant people jogging, cycling and walking have had to keep their eyes open for problem potholes that could cause injury.

The AA’s assertions come less than two months after the Asphalt Industry Alliance (AIA) reported the one-time cost of filling every pothole in England and Wales is now more than £11 billion. That’s up from the £9.7 billion reported in 2019, suggesting the roads have deteriorated dramatically in the intervening year. The government has confirmed more funding for pothole repairs, but the AA says the complaints suggest some councils haven’t managed to rectify the issues.

“Hitting a pothole for the extra families taking to the streets on foot and cycling isn’t just bump to the car, but a potential injury and may be a trip to hospital – which is exactly what the lockdown is trying to prevent,” said Edmund King, the AA’s president. “Spending on residential road maintenance may have increased in 2018-19 but it remains way behind the spending before the financial crash. Even then, councils struggled to keep up their maintenance schedules and the road rot had already started to set in.

“With daily road traffic down as much as 60 percent, the lockdown and the long dry period this month has provided an ideal chance to get to grips with potholes – whilst still observing social distancing. Some councils, like Shropshire, have seized that opportunity, the rash of weekly complaints elsewhere suggest others haven’t.”