BMW M8 GTE ride-on gets your kids into Bimmers early 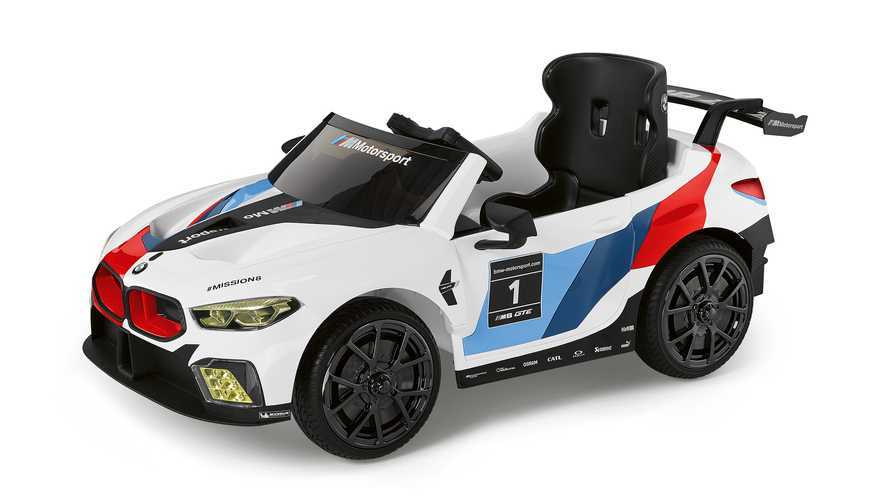 BMW knows that there’s more to car ownership than, well, the car itself. You’ve gotta get the keychain, the branded hat, and maybe even the umbrella and “Golfsport” gift set. And if you’re keen to pass the passion on to the next generation, there’s also the kid-sized BMW M8 GTE ride-on, recently introduced as part of the company’s 2020 Lifestyle Collection that will soon be arriving at Bimmer dealers everywhere.

Announced for the European market (but very likely heading to the U.S. too), the M8 GTE ride-on will likely ape the already-available i8 kiddie car with a 12-volt battery and a top speed of 2.5 mph, as well as an operating time of 1-2 hours between charges and a charge time of 8-12 hours. The i8 has a manufacturer-suggested price of $295,(approx. £240) and we’d think the M8 GTE would follow suit. That's a fair amount of cash for a toy but an absolute bargain for an M8.

Also in the children’s collection is the minimalist collaboration with furniture company Kartell. Specifically limited in the announcement to the European Union, it’s not likely the Kartell for BMW ride-on will head to other markets, which is a shame. The Kartell’s acrylic bodywork and robust steel frame are very stylish, but the company’s reputation as a purveyor of luxury goods is borne out in the suggested price: 625 Euro, or £545 at current exchange rates. Of course, if your kid's tastes run even richer, there's always the £6k-plus Morgan EV3 Junior.

Adults don’t get left out of the ride-on game either, since BMW is adding a new bicycle to its lineup of official lifestyle accessories, likely based on the Exploro series from Italian bicycle manufacturer 3T. The 3T for BMW Gravelbike is available in two colours, priced at 5,500 Euro (£4,800).