Extra venues in contention for F1 races in 2020 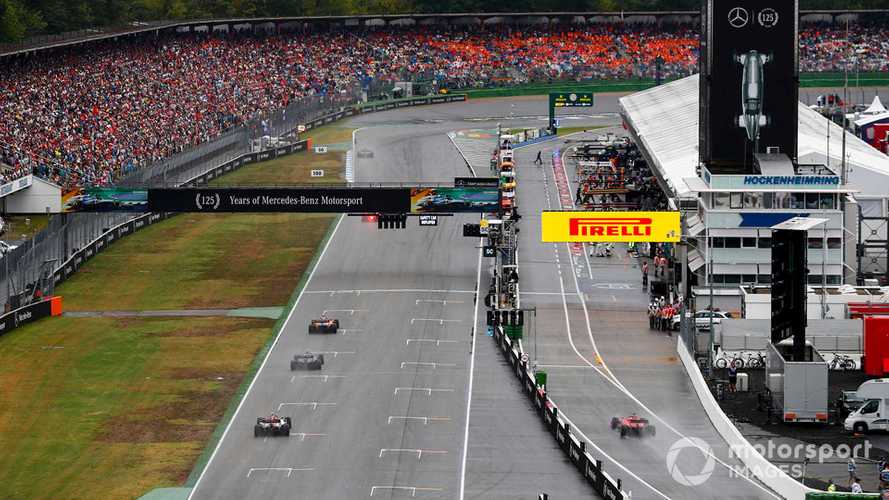 Chase Carey says Formula 1 is considering adding venues that were not on the original 2020 calendar – and admitted that this year's schedule could run into 2021.

Although he mentioned no names, Imola, Hockenheim and Portimao have all indicated that they are interested in holding behind-closed-doors F1 events.

"We've been working tirelessly since Australia and we're actively engaged with our promoters in putting together a 2020 race calendar," Carey said in a call with Wall Street investors.

"We have two primary challenges – identifying locations where we can hold the race, and determining how we transport all necessary parties and their equipment to that location for a race.

"We're in discussion with all of our promoters, as well as some tracks that are not currently on our 2020 calendar, to make sure we explore all options.

"We're in the advanced stages of putting together a schedule of additional European races through early September, including races during the traditional August break.

"We plan to race in Eurasia, Asia, the Americas, in September, October, November, before finishing in the Gulf in Bahrain and Abu Dhabi in December.

"We hope to have a calendar with 15-18 races. We expect the early part of the calendar to be races without fans, but we hope to allow fans to attend in the latter part of the year."

Carey said that at the moment there are no plans to finish the current championship in 2021, but says it is still possible.

"We're obviously going to take a fairly long break through the holidays, you're not going to race in the holiday weeks. But it is an option available to us that we again have to work through with our promoters and an array of parties to get there.

"But it is something we've considered and talked about. I would say that our goal is to finish a couple of weeks later than our original date, but to finish in mid-December, ahead of the holidays."

Regarding next year's calendar, he remains confident that the schedule will be back to normal.

"Our goal is to have 2021 look like the 2021 we planned back in January. Ultimately we have renewals to put in place, and we have some ongoing discussions with a couple of new races that we think would be a positive enhancement to the business for fans and shareholders."