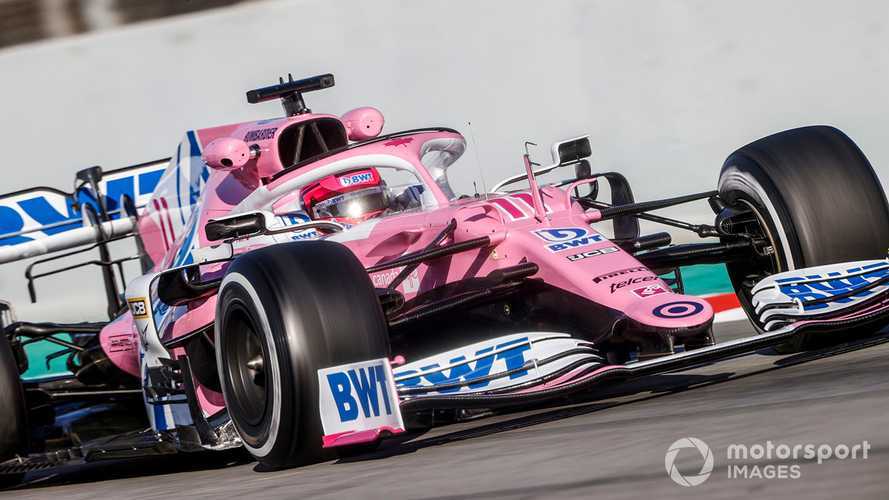 The RP20 caused considerable debate when it appeared for the first time in pre-season testing due to its considerable similarities to the Mercedes W10 from 2019.

The car's overall aero concept is now the low-rake concept Mercedes has long used, which means Racing Point had to drop the Red Bull-inspired high-rake approach it had previously employed for several seasons – something Green feels other squads would not have been willing to consider.

"There are no egos involved when we make those sort of decisions," he told Motorsport.com"

"I think that's a big plus point for us and I think that's why a lot of teams wouldn't be able to do what we did – because there's too many egos involved.

"There's too much 'Oh, no, no, that idea is not invented here' syndrome – 'We'll do our own because we know better'.

"Well, we're running around in fourth place, several seconds off of Mercedes so it's a difficult argument for us to sit in a room and go, 'Actually, we think we're doing a much better job than Mercedes, we should just carry on doing what we're doing'.

"And so those are the discussions that you can have when you don't have the egos within the team.

"Everyone's just wants to do the best and they see it. So, it's a strength of ours for sure."

The RP20 has been the subject of considerable controversy since its first appeared at the Barcelona tests, with rival squads suggesting there could be grounds for a protest when the 2020 season gets going – which Racing Point has strongly rebuffed.

Green explained that such a wholesale change in design concept required considerable mental adjustment for his designers, as it meant abandoning years of learning with the high-rake concept many F1 teams adopted after Red Bull emphasised its benefits during the early years of the last decade.

He said: "We had the opportunity to do it and we grabbed hold of it, and everybody was up for it.

"It was a significant challenge - just psychologically - to talk to the team and say 'Look, what you've done previously, you're going to have to shelve that for now, we're going have to go down a different route'.

"It's a different type of learning. And it's a concept that we have no real understanding of.

"And it's going to be a significant challenge because it's not a case of just taking a concept, looking at pictures and running it.

"It's understanding the philosophy behind it and the concept behind it."