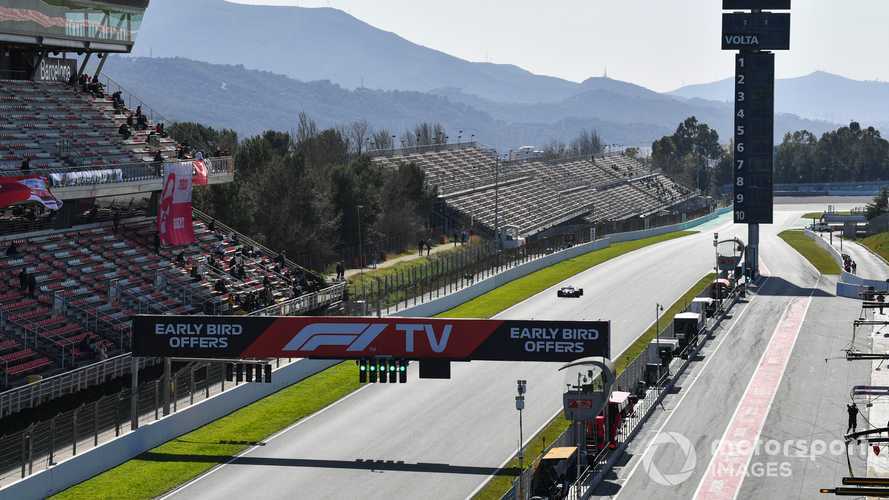 Liberty Media's financial figures for the first quarter of 2020 have revealed how hard the Formula 1 Group has been hit by the COVID-19 crisis.

Income for January to March has plummeted from $246m for the same quarter in 2019 to just $39m this year, covering a period that saw the loss of the races in Australia and Bahrain.

Although those events would have paid hosting fees in advance, F1 has made it clear that it has not recognised the payments as income, and it has done the same with TV deals and most sponsorship contracts.

Primary revenue, which includes race fees, broadcast contracts and sponsorship crashed from $198m to $13m, with only some sponsorship elements counted. Other revenue fell from $48m to $26m.

Overall operating income has moved from a post loss of $47m for January-March of 2019 to a loss of $137m this year.

Liberty Media noted: "Since there were no events held during the first quarter of 2020, primary F1 revenue consisted only of the elements of sponsorship contracts associated with non-race related rights that were recognised during the period, and no race promotion fees nor broadcasting fees were recognised.

"Similarly, other F1 revenue decreased due to zero revenue recognised from the Paddock Club and other event-based activities and television production activities. We currently expect no races to take place in the second quarter of 2020."

F1 did manage to reduce its operating costs during the first quarter, from $52m to $43m. This was despite the costs of freighting the entire F1 circus to Australia, and the fact that the staff furlough – which sees wage costs subsidised by the UK government – did not kick off until April, and will thus impact the second quarter.

Officially no payments have been made to teams, as F1's accounting practice is allocate them as and when races happen. Last year the teams received $93m in the January-March period.

Liberty Media noted: "There was no team payment expense recorded since such payments are recognised on a pro-rata basis across races on the calendar. Other cost of F1 revenue is largely variable in nature and relates directly to revenue opportunities.

"These costs decreased primarily due to no races taking place and the deferral of non-critical expenses. Certain costs were incurred during the first quarter in anticipation of the start of the 2020 race season, including freight, travel and technical costs relating to the Australian Grand Prix, which was cancelled on the eve of the event."

The company added: "F1 implemented certain cost cutting measures, including salary reductions and UK government-supported furloughs affecting approximately 50% of its employee base, effective April 3, 2020, which did not impact first quarter results but will impact the second quarter."

Last month Liberty switched assets between its divisions to give F1 $1.4bn of extra cash with which to ride out the crisis, and the company remains optimistic.

"We are thankful to the FIA, teams, promoters, our employees and other key partners for their support and efforts during this challenging time," said F1 boss Chase Carey.

"We are moving forward with our 2020 plans, while working to strengthen the long term future of Formula 1 through new technical, sporting and financial regulations that will further improve the competition and action on the track and make it a healthier business for all involved."