2021 Kia Stinger GT facelift spied not willing to reveal much 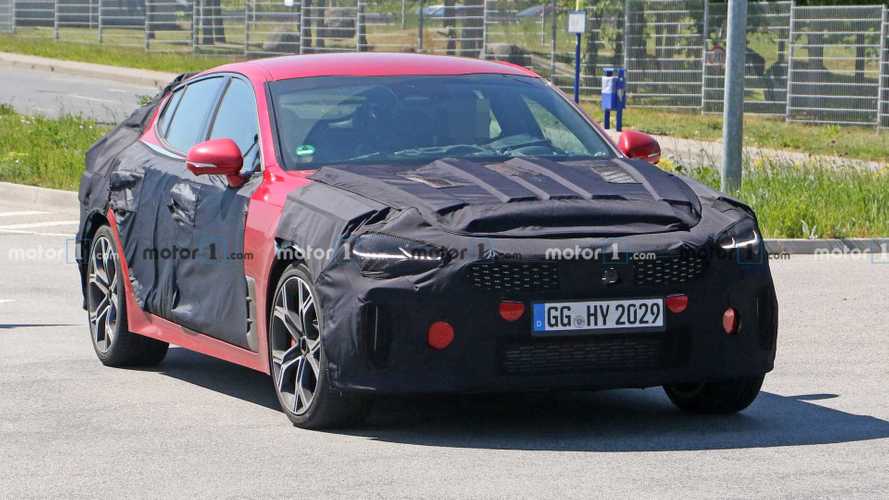 The twin-turbo V6 will reportedly get a power bump.

Previewed by the avant-garde GT Concept in 2011, the Stinger was never seen by the higher-ups at Kia as a model that could become a bestseller. It acts as the halo model to boost the company’s image, showing the once humble South Korean brand has evolved enough to take on the more established German premium sports saloons.

Despite not setting a high sales target for the Stinger, it would seem the lackluster demand for the performance liftback could ultimately spell the end of the model after only one generation. That’s what the reports are saying, but in the meantime, the current car is getting ready for a series of mid-cycle revisions. Our spies caught a prototype testing in Europe while wearing a significant amount of camo, although the changes will be rather subtle.

Actually, we’re hoping the styling tweaks will be kept down to a minimum as the Stinger remains one of the most attractive models in its segment. This GT prototype seems to be a spitting image of the current model, but some changes might be hiding underneath the mascara. In fact, some prototypes were spotted recently in South Korea and those had slightly modified graphics for the LED headlights and taillights. Minor changes to the bumpers and fresh alloy wheel designs are also likely on the menu, but nothing to write home about.

Inside, the most important changes will be limited to the infotainment system and the driver’s display, with the former growing to 10.25 inches and the latter eschewing the analogue dials for a fully digital setup. Kia could spruce up the interior by offering additional upholstery and trim options while adding the newest tech it can cram into its BMW 4 Series Gran Coupe competitor.

Next-gen Kia Stinger might be an EV, or may not happen at all

Kia Stinger report claims there won’t be a second generation

Bigger changes are expected underneath the bonnet where the twin-turbo 3.3-litre V6 engine will reportedly be massaged to deliver more power. If the rumour mill is to be believed, output will increase from the current 365 bhp and 376 pound-feet (510 Newton-metres) of torque to a yet-to-be-confirmed 380 bhp and 390 lb-ft (528 Nm). In addition, the Stinger GT is said to make use of a new variable exhaust system with adjustable flaps to alter the engine’s note on demand.

We might not have to wait too long for the wraps to come off as Kia will allegedly introduce the Stinger in its domestic market – where it wears a special “E” badge – in July. The regular variant is also due for an update and it might come along with a turbocharged 2.5-litre engine, likely the same one fitted in the upcoming Hyundai Sonata N Line where it’s set to make 290 bhp and 310 lb-ft (420 Nm).