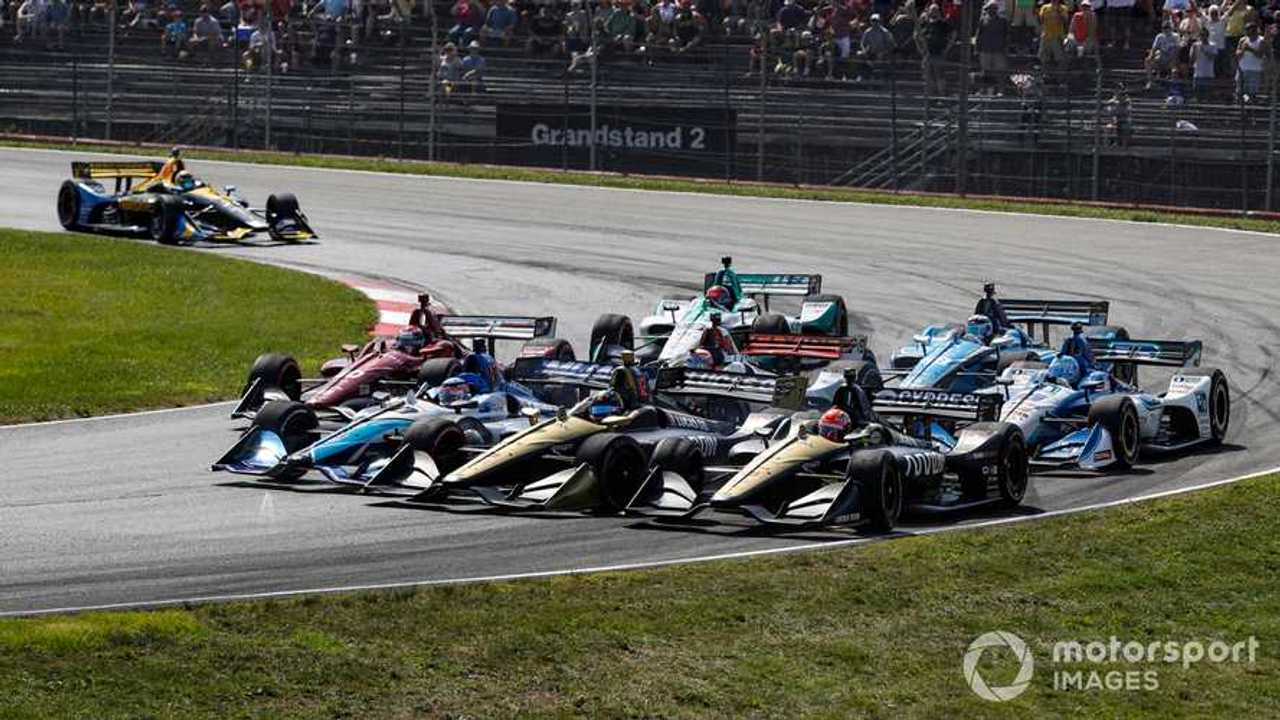 McLaren Racing CEO Zak Brown says Formula 1 should aim to become as competitive as IndyCar with more surprise results and shock winners in the future.

F1 is hopeful of reducing the performance gaps between teams under the new technical regulations starting in 2022, aided by a budget cap that will come into force next year.

Just three teams - Mercedes, Ferrari and Red Bull - have scored race wins in the last six seasons, with the last victory outside those teams coming for Lotus at the 2013 Australian Grand Prix.

By comparison, 11 IndyCar teams have scored wins across that same period, including the Schmidt Peterson operation that McLaren is now working with under the McLaren Arrow SP banner.

"I think the on-track product of IndyCar is where we want to see Formula 1 from a competition standpoint," Brown said.

"Not from a technical specification - don't get me wrong Formula 1's Formula 1, IndyCar is IndyCar. What I mean by that is you have 17 races, the big teams always win the championships, but you have three or four surprise winners a year.

"So when you show up to the Detroit Grand Prix, you kind of have a good idea who's going to win. But it could be about 10 drivers, not four or five, so that is double the depth.

"But then drivers if you want to call it '10 to 15' one of those guys is going to sneak in a win two or three times a year. That never happens in Formula 1. I can't remember the last time there was a surprise winner of a grand prix.

"If we can get the competition closer, then I think you'll have the big teams still winning the championships.

"But we shouldn't have to have total chaos drive a surprise win. It should be maybe a bad pit stop or maybe a bad day at the office, not total carnage delivers a surprise race winner."

F1 is hopeful of achieving greater level of competition under the upcoming regulations, which have already been delayed from 2021 until '22 due to the COVID-19 pandemic.

F1 managing director of motorsports Ross Brawn said there would be no further delays to these regulations as they were required to help even out the competitive order, as well as making racing more sustainable.

"A good midfield team should be able to score podiums, maybe a win, and it should make a small profit. If we can achieve that, then we've got a very sustainable future," Brawn told Sky Sports F1.

"With the cars you have now, they're so complex, the more you spend, the quicker you'll go, and we need to level off that slope.

"We have to maintain the integrity of F1. It's a sport, so it has to have the best people winning. But I think we'll have a more competitive form of racing in the future with the new regulations, with these new cars.

"They've been deferred a year, but they're definitely coming in '22."