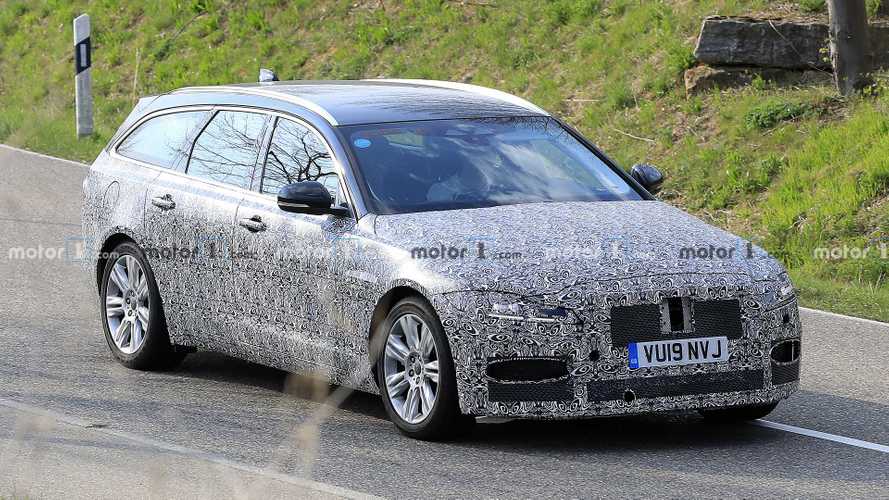 We have shots of both the saloon and the estate.

Jaguar is hard at work to revamp almost its entire lineup. We’ve already seen the facelifted XE and F-Type, and spy photos have confirmed development is underway for the mid-cycle refreshes of the F-Pace, E-Pace, and this - the XF. This latest batch of spy photos shows prototypes of both the saloon and estate versions of the British vehicle, spied on at different locations across mainland Europe.

A thin camouflage foil is covering both cars and is not letting us take a closer look at the design changes, which makes it hard to draw exact conclusions about the model’s updated appearance. From what we are able to see so far, however, the headlights appear to be sleeker than on the outgoing model, while the radiator grille seems smaller, too.

At the back, it’s worth mentioning that the estate prototype appears to be a diesel judging by the dual exhaust pipes pointing towards the ground, which are mounted at the driver’s side of the XF. Interestingly, there’s also a white box underneath attached to the rear suspension, which could be some sort of sensor for evaluating possible powertrain changes.

Speaking of engines, word on the street is the XF and XF Sportbrake will get a family of RDE2-compliant diesel engines for the European market, which will be shared with the compression ignition units found in the facelifted XE. These cleaner and more efficient powertrains will allow the diesel-powered XF trims to remain on sale after the continent’s emissions regulation change in 2021.

In turn, the days of the XF S could be counted as it is believed Jaguar could retire the top dog in the lineup because it’s not meeting Europe’s ever-stricter emissions standards. It’ll be very interesting to see whether the facelifted XF will receive some sort of electrified powertrains but given its older platform, that seems unlikely.