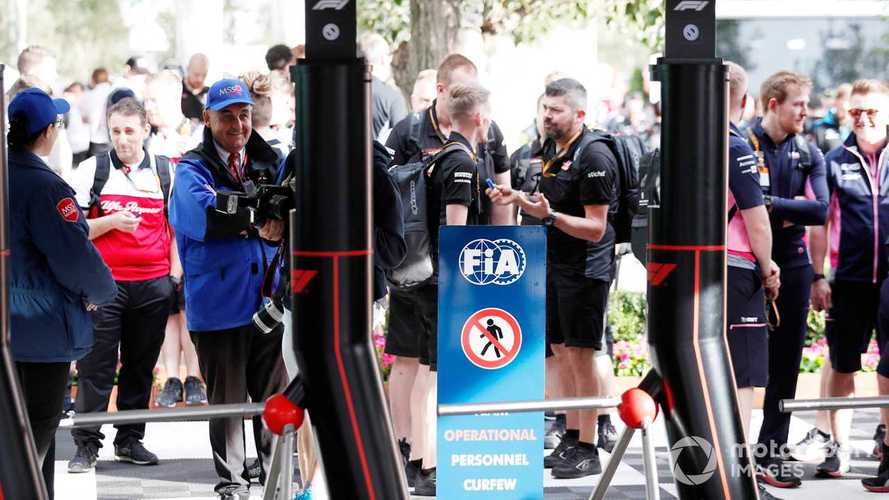 All Formula 1 personnel attending the behind-closed-doors races in Europe will be tested for COVID-19 every two days under plans to get the 2020 season underway.

F1 bosses are currently aiming to get the season started with the Austrian Grand Prix in early July after the coronavirus pandemic forced the first 10 races of the year to be called off.

F1 managing director for motorsports Ross Brawn revealed last week the sport planned to create a "biosphere" at races, requiring all those attending to have been tested and cleared for COVID-19 before entering the environment.

Brawn revealed more details about the testing protocols that would be put in place on Monday, confirming everyone attending the race would be required to undergo screening every two days.

"The FIA are doing a great job putting together the structure we need. Everybody will be tested, and will have clearance before they can go into the paddock," Brawn said speaking on Sky Sports F1.

"And then every two days, they'll be tested whilst in the paddock. That will be with an authorised authority, and we'll keep that system, certainly for all the European races, we'll be using all the same facilities to conduct that testing.

"We can ensure that everybody is tested within that environment and tested regularly."

Brawn said that while it would be impossible to enforce social distancing guidelines within teams, the skeleton crews attending races would be required to isolate from the other squads.

"We'll have restrictions on how people can move around in the paddock," Brawn said.

"We cannot socially distance within a team, you can't. So we have to create an environment within itself, that is effectively a small bubble of isolation.

"The teams will stay within their own groups. They won't mingle with other teams. They'll stay at their own hotels. There's no motorhomes going to be there. We'll make sure that respects all the requirements.

"There's a tremendous amount of work going on between ourselves and the FIA. I'm very encouraged by what I'm seeing and what I'm hearing that we'll be able to provide a safe environment."