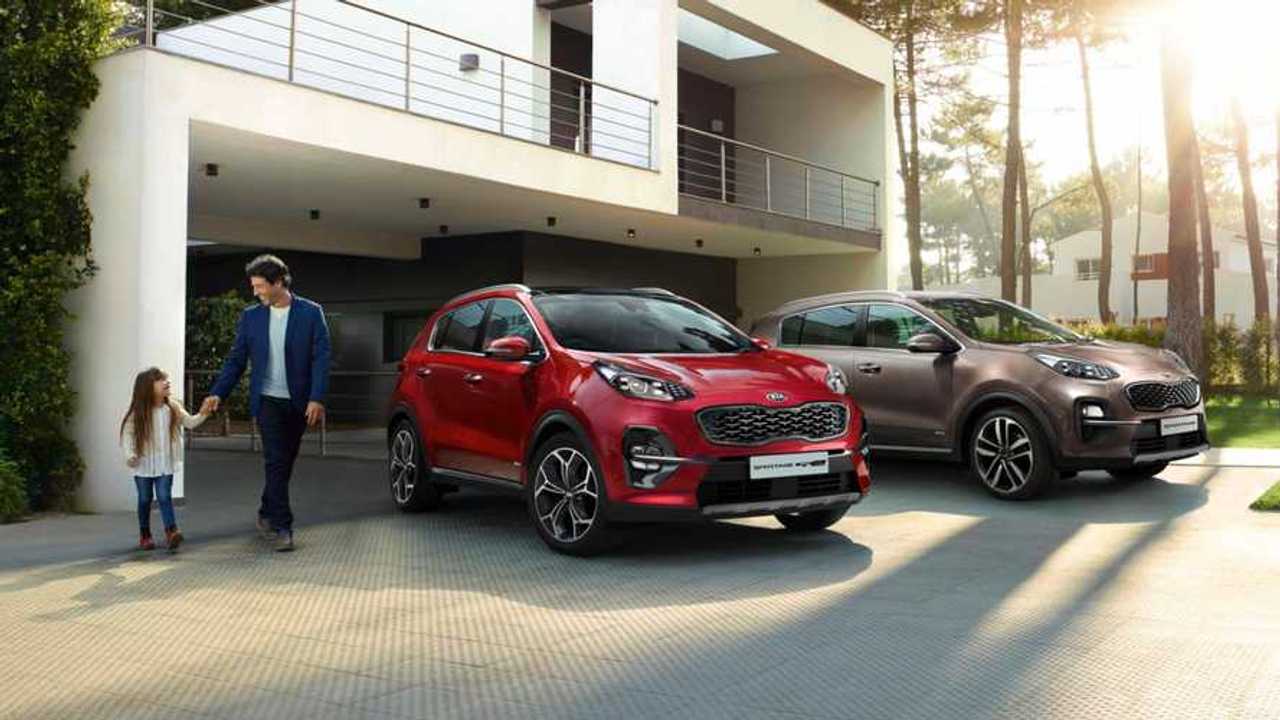 The newcomer sits between the '2' and 'GT-Line' models in the Sportage line-up.

Kia has updated its popular Sportage SUV for the summer of 2020 with the addition of a new mid-range trim level. Already on sale with prices starting at £26,445, the new ‘3’ version slots into the line-up above the £23,445 entry-level ‘2’ variant.

Where the ‘2’ comes with an eight-inch touchscreen navigation system and dual-zone climate control, as well as a reversing camera, heated seats and rear parking sensors, the ‘3’ builds on that with a panoramic sunroof and black leather upholstery. A front wiper de-icer, 10-way driver's and eight-way passenger's power adjustable seat, as well as a high-gloss black centre fascia are included too.

More on the Kia Sportage:

What’s more, there are front parking sensors, chrome trim on the side sills and LED lights at the front and back, as well as keyless entry and start. From the outside, meanwhile, the car is marked out by the silver-painted skid plates at the front and rear.

Extra safety kit features, too, with a blind-spot collision warning system that alerts the driver if there’s a vehicle in the blind spots over their shoulders. And that’s on top of the lane assistance, driver attention warning and speed limit information system already fitted as standard to the ‘2’.

Under the bonnet, the ‘3’ comes with a choice of three engines, comprising two petrols and a diesel. All three are 1.6-litre units, but each has a different power output. The entry-level unit is the 130 bhp petrol, which comes with a six-speed manual gearbox. It provides an unremarkable top speed of 113 mph and an 11.1-second dash to 62 mph, but it’ll hit almost 35 mpg on the official economy test.

For an extra £2,000, though, you can have the even more frugal 1.6-litre diesel. Like the petrol, it comes with a six-speed manual gearbox as standard, but unlike the petrol, it gets a 48-volt mild-hybrid system to help the engine out. With 134 bhp, it’s only slightly faster than the petrol, but it will hit 47.9 mpg. And it’s even more efficient if you go for the seven-speed automatic, which tips the economy figure over 49 mpg.

If it’s performance you’re after, the other petrol engine will be the one to choose. Sending 174 bhp to the road via its six-speed manual gearbox, it’s the only engine to offer all-wheel drive. It also cuts the 0-62 mph time to a smidge over nine seconds, and the economy only slips slightly in return, dropping to 32.1 mpg.