Yamaha had to restrain eager Hamilton during ride swap 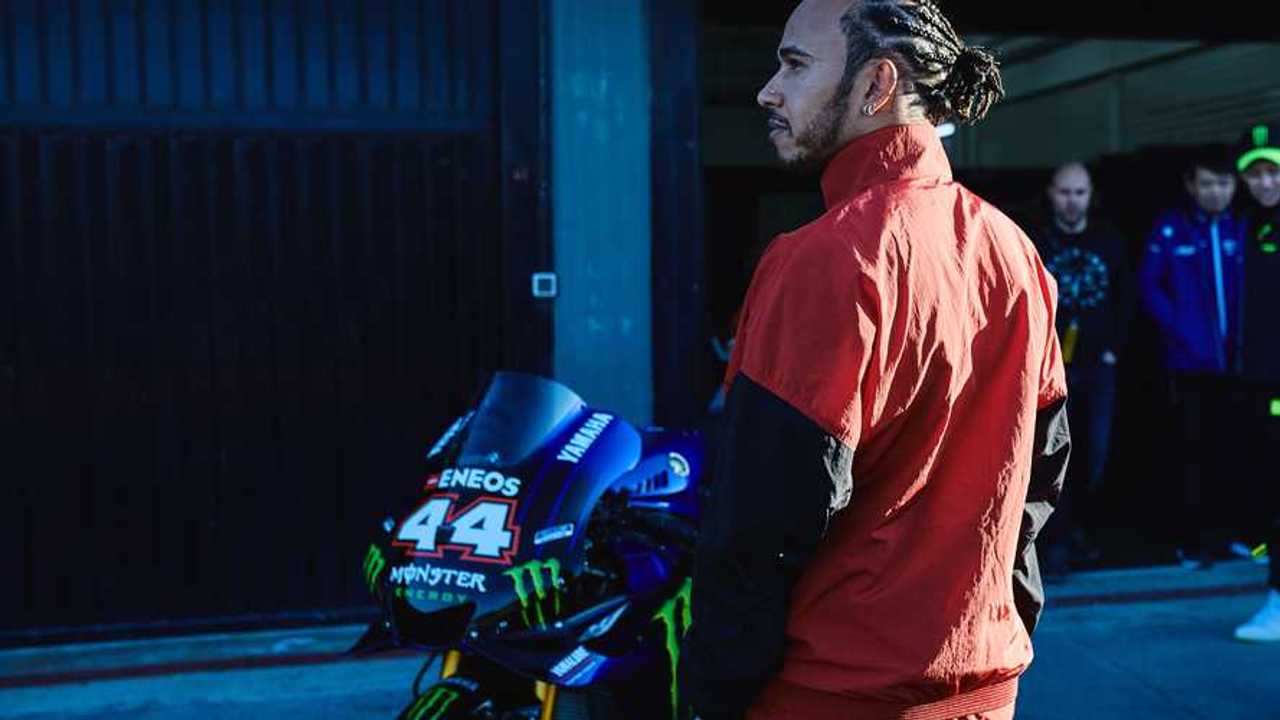 Yamaha MotoGP team director Massimo Meregalli has revealed the team had to “stop” an eager Lewis Hamilton from going out on track too early during his ride swap with Valentino Rossi last year.

Following the conclusion of the 2019 MotoGP and Formula 1 seasons, Monster Energy – a major sponsor of both Hamilton and Yamaha – organised a ride swap between Hamilton and Valentino Rossi in December in Valencia.

Hamilton got to ride a MotoGP bike for the first time, while Rossi drove the 2017 Mercedes which carried Hamilton to that year’s F1 title.

In an interview with Motorsport.com, Meregalli recalled how eager Hamilton was to get going – to the point where he had to be stopped from going out on track too early due to the dangerously low circuit temperatures.

"Well, it was a nice day,” Meregalli said of the ride swap event. "They thought it was just a promotional opportunity, but it wasn't like that. Vale was put in the position to do some good practice shifts at the wheel of the Mercedes.

“He [Hamilton] showed up to the circuit very early and we had to stop him because he wanted to get on the bike at 9am, but it was cold.

“Then we had to change all the programme, because Vale arrived a little late and they wanted Lewis to get on the track as soon as possible, but we told him that in Valencia in December before 11am was not possible.

“Having lost those two hours, then he tried to run as much as possible.”

A keen biker and lifelong MotoGP fan, Hamilton had limited track day experience prior to that day, with his most recent outing coming at the start of 2019 at Jerez on a Yamaha R1 with World Superbike duo Alex Lowes and Michael van der Mark.

Hamilton suffered a small crash during that particular outing, and reportedly had a small off during his MotoGP run. But his performance on the bike impressed Yamaha bosses then, with Meregalli admitting that day did nothing to “hurt him”.

"He had ridden a motorcycle only eight times before getting on a MotoGP bike, so in my opinion what he did didn’t hurt him,” Meregalli added.

“Then it is clear that we tried to put [the bike] in the best conditions, with a wet [engine] map and with tyres that were not the ones we normally use, also because we could not use them by regulation.

“It was windy, it was cold, so the conditions were not ideal, but he stopped only when we showed him the chequered flag."