Hungarian GP would only happen behind closed doors 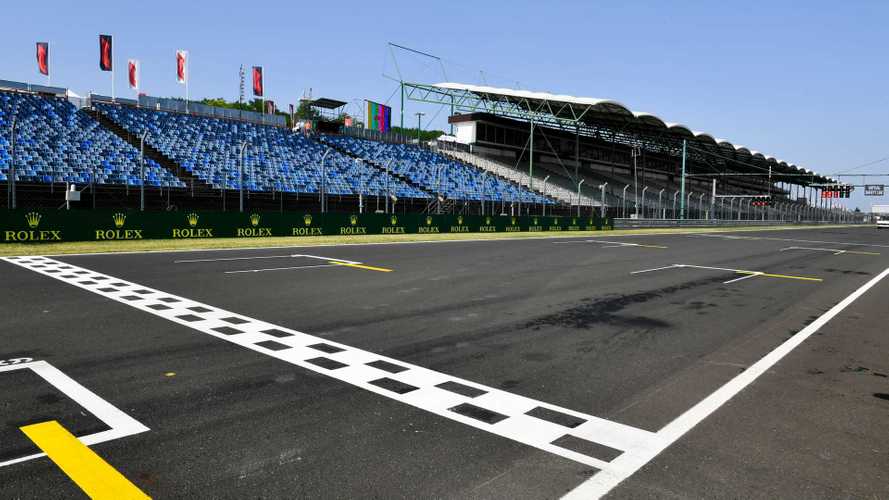 Hungarian Grand Prix organisers have announced that their Formula 1 race will take place without fans if it happens in 2020, and have offered refunds to ticket holders.

The news comes after the government extended the ban on events with more than 500 people until August 15.

Even a closed doors race would comfortably break that limit, but it's understood that the government would accept that it is a broadcast operation, and not a public event.

The race is still officially scheduled for August 2, and it's not clear what date is now on the table in discussions with the Formula 1 organisation. However sources indicate that it is likely to be outside the current limit of the ban anyway.

"The decision by the Hungarian government barring events with over 500 people from taking place in the country until August 15 has clearly had a direct impact on the [race]," the organisers said in a statement given to Motorsport.com.

"The Hungaroring team has been regularly liaising with Formula 1 to explore all possible ways to stage [the race] in front of fans. However, in light of this decision this is unfortunately no longer possible.

"The health and well-being of all our fantastic Formula 1 fans, staff and championship participants has been and remains our primary concern throughout this period and with that in mind, we have regrettably been left with no choice but to reach this conclusion.

"We have continuously emphasised our willingness to work towards a safe solution that would allow us to welcome the entire Formula 1 family to the Hungaroring this August but it is now evident that any F1 race in Hungary can now only be held behind closed doors.

"While this is not an ideal scenario, we do believe that staging the event behind closed doors – which our fans can still watch on television – is preferable to not having a race at all.

"Furthermore, it will also ensure that a global audience of millions can still watch the race taking place in Hungary via F1's vast international broadcast coverage. As such, we are continuing our working with Formula 1 to try and find a way to make this possible."

Fans have been offered either a refund or the opportunity to transfer their ticket to 2021.